Launched in December 2017, Creative Lab is an open advertising contest that invites brands to be the “playground” for creative people, with the objective to restore the image of advertising in France and demonstrate the link between creativity and efficiency in marketing communications. The initiative won a WFA President’s Award in Lisbon in March. 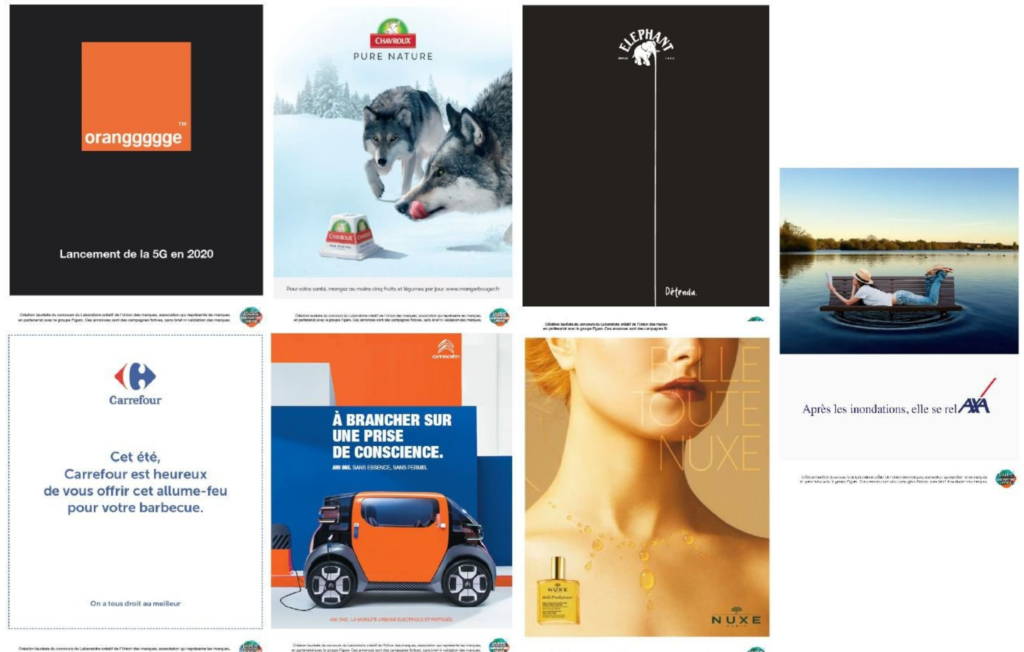 The 12 winning works were selected by a jury made up of personalities from the world of art, journalism and fashion. They were also exhibited at Cannes Lions and displayed in train stations and metros in 11 major French cities, as well as published and broadcasted on Le Figaro Group’s various media channels.

Four of the winning entries with the cause component “fight against incivility” were also pre-tested by Kantar to measure their performance and emotional appeal. “Do not give a f***” (“Rien à foutre”), the poster with the highest measured emotional effectiveness, was awarded the Golden Lab (“Lab d'Or”) for its shocking and effective depiction and denouncement of smokers’ habit of not throwing their cigarette butts properly, adding to pollution and sometimes causing forest fires.