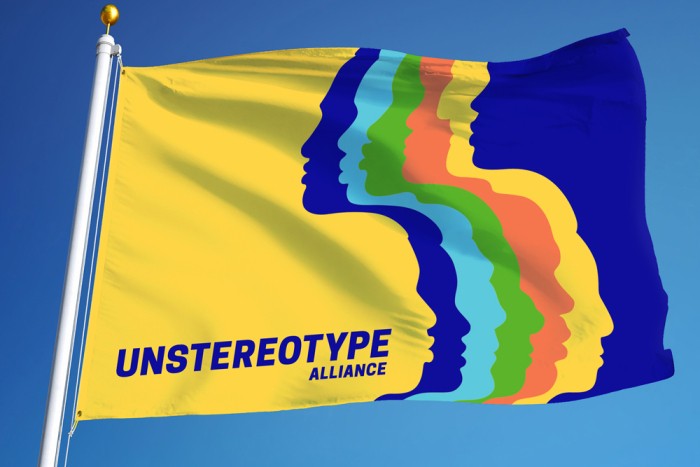 The national chapter in Kenya was launched in February and is focused on broadening the representation of women and men in non-traditional roles in advertising, with 39% of Kenyans agreeing that the media portrays women in certain roles. Founding members and allies include Safaricom, East African Breweries Limited (Diageo), Unilever, Kantar, Marketing Society of Kenya (MSK), African Women's Entrepreneurship Program (AWEP) and Kenya Association of Manufacturers (KAM).

In March, a group of nine major advertisers and industry associations led by Hindustan Unilever unveiled Unstereotype Alliance India to increase the representation of women and girls in non-traditional roles in advertising, with a focus on women returning to the workforce. The same month, the national chapter in Mexico was launched during the Generation Equality Forum in Mexico City. According to a 2019 study, nearly 50% of ads in Mexico include sexist stereotypes.

In November, UN Women unveiled the Australian chapter of the Alliance with the support of Accenture, Bayer, Facebook, Google, IKEA, IPG, Ipsos, Mars, Mastercard, Omnicom, Publicis Groupe, Salesforce, Snap Inc., Unilever, WPP, the Australian Association of National Advertisers (AANA) and other industry leaders. They will focus on ensuring diversity is a priority throughout the entire creative process and adopting an intersectional approach to address representation of gender, race, ethnicity and ability in advertising.

This was followed by the launch of the Nigerian national chapter in December, led by Guinness Nigeria with First Bank of Nigeria and Unilever among the founding members. They aim to ensure the industry rejects harmful stereotypes that proliferate advertising in Nigeria and hinder progress towards gender equality.

Launched in 2017, the UN Women-led Unstereotype Alliance aims to eradicate harmful stereotypes in advertising, with WFA as a founding member and several national advertiser associations as allies of national chapters, including AANA in Australia, ABA in Brazil, JAA in Japan, MSK in Kenya, MASA in South Africa, RVD in Turkey, ABG in UAE and ISBA in the UK.