In November, US parenthood brand Frida marked its UK launch with a taboo-busting campaign that shone a light on the truth of childbirth and postpartum to better prepare mums-to-be for the reality of what is to come.

The Real Birth Announcements campaign, created by London-based agency One Green Bean, kicked off with real and raw images of six mums plastered across digital billboards and buses in London alongside copy that detailed their struggles.

One example of the OOH featured Frida CEO Chelsea Hirschhorn giving birth, while another shows a mum in labour, sucking on oxygen. The photo is accompanied with the story of her experience: ‘My little prince has arrived. Along with a tidal wave of poo, pain and vomit – quickly followed by one of the most important decisions a new mum will ever make... Do I throw up on my myself or poo myself? I did both. After 36 shattering hours, my soulmate is finally here – as is the bucket of ice for me to sit in after drinking WAY TOO MUCH orange juice and weeing on my stitches.’

To amplify the noise around the campaign, singer and activist Paloma Faith (a mum of two) also shared the story of her births and co-hosted an intimate event with the Frida CEO. The campaign was supported with an integrated campaign that included influencers sharing their experiences across social.

We caught up with Kat Thomas, founder and global executive creative director at One Green Bean, who told us:

Can you give me an overview of the brand?

Frida is one of today’s fastest-growing parenting brands, dedicated to creating simple yet genius tools that tackle the unsexy, unfiltered and non-Instagram-worthy realities of parenthood. Founded by Chelsea Hirschhorn, the brand has evolved following her first-hand experience as a mum of three boys with a product line of over 60 must-have innovations spanning multiple categories, from infant wellness to oral care and postpartum recovery.

Frida products have become a US parenting staple and has an almost cult-like following among parents who not only have ‘why didn’t I think of that’ moments when they see the brand’s products, but also deeply connect with the brutally honest, often irreverent brand voice.

Frida is targeted at mums, but is there a particular subset of this audience that the brand wants to reach?

First-time mums are a focus as Frida exists to demystify the realities of becoming a mother. The brand’s purpose is to create simple product solutions focusing on mothers and their bodies, while preparing them for what to really expect through open and honest conversations; it wants first-time mums to feel as prepared as a third-time mums.

Who does Frida consider its key competitors in the UK?

There actually aren’t many competitors for the brand in the UK. If you look down the aisles in the pharmacy, there really isn’t a brand that offers what Frida does.

Frida recently launched in the UK with Real Birth Announcements as its debut campaign, what challenges face the brand entering this new market?

Although Frida is stocked in pharmacy chain Boots and on Amazon, there was a minimal brand presence in earned or paid media. In fact, owned social channels didn’t even exist locally. So, without a doubt, the biggest challenge that Frida is facing is recognition in the UK.

In contrast, Frida is already really well-established in the US. So, any time the brand creates a stir (such as with the banned Oscars ad), there’s a marked impact on brand awareness and sales. Across the pond, however, Frida is in early stages.

How is Frida going to overcome that?

The key thing is going to be executing more bold and disruptive campaigns in the vein of Real Birth Announcements. Frida isn’t afraid to push the envelope and challenge the status quo – this launch is just the beginning and we’re confident that continuing with its trailblazing work will reap the results we’re after.

This false narrative is sidestepping the raw, gruesome details of childbirth. It’s stopping women from being truly prepared for the physical and emotional trauma of motherhood, it’s not all storks and rainbows where everything goes perfectly

Tell me about the brief for the UK launch.

The main challenge was to get people talking about the brand and its product offering in the bold and punchy tone of voice it’s renowned for in the US. We knew we needed to go big if we were going to drive relevancy, awareness, sales and launch the brand into British culture.

Did you do any research to inform the direction of the campaign?

We did some consumer research to understand UK mums’ attitudes and experiences towards pregnancy and postpartum. We found that many women are shocked by the changes that their bodies go through, and many do not feel like the realities of having a child are discussed openly, within society or among family and friends. This gave us absolute confidence that starting the Real Birth Announcements movement was needed and would incite conversation.

What was the insight behind the campaign?

Our insight was based around birth announcements being the ultimate fake news. Historically, a birth announcement would be a line in a newspaper. Today, it’s a carefully composed picture and caption of mum and baby on social media, depicting how happy they are and rarely revealing any detail of what actually went down.

This false narrative is sidestepping the raw, gruesome details of childbirth. It’s stopping women from being truly prepared for the physical and emotional trauma of motherhood, it’s not all storks and rainbows where everything goes perfectly and happens naturally. A woman’s body and, more specifically, her vagina go through a lot after delivery. We wanted to help prepare – not scare – women and future parents about the realities of birth and postpartum, shining a light on the lack of conversation and drive a movement for change. 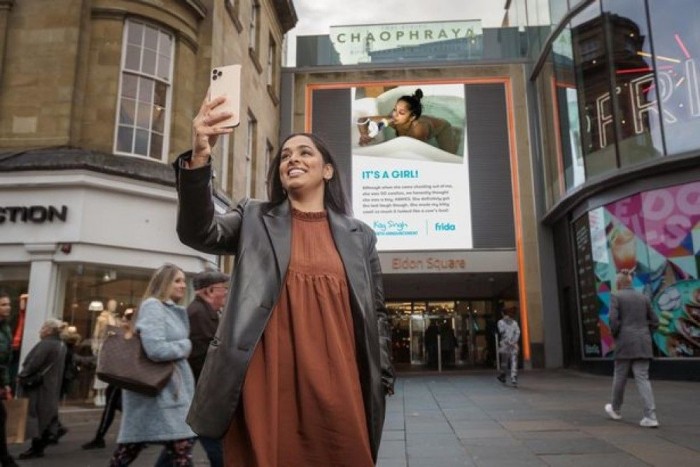 Putting images of women going through difficult births is a very bold idea, did the client need convincing?

Frida is a challenger brand with an appetite for daring work and they went for it the moment we shared the first iteration of the idea.

Why did you choose to include an image of Chelsea Hirschhorn’s birth as part of the campaign?

Chelsea had documented her son’s birth and the physical ramifications of it with nothing held back, so the content was available. She also talks a lot about ‘volunteering her own vagina’ to test all of Frida’s products, so it felt like a natural fit to include her in the campaign. She was eager to be involved and share her story because if the CEO isn’t prepared to put herself out there, then why should others?

With such a striking idea, was there anything that you had to be careful about?

We did have to be cautious about making sure no criticism was directed at the National Health Service (NHS) and the care that women receive in our health system. The NHS is revered in Britain, and we couldn’t let it seem critical, which is so very different from the US.

As a new brand in the market, were you concerned that people would see the ads and not know what Frida is? How did you balance educating people about Frida and its products with provocative creative?

The outdoor campaign was one aspect, and it was designed to be attention-grabbing, but it was supported by a robust framework of activity that educated people about the brand and its products.

Tell me more about the media plan.

We kicked everything off with outdoor, securing billboard and bus imagery as key visual assets. We then ran an intimate event and gathered influential women who we were confident would spread awareness on their social channels. Influencer engagement underpinned it all and beyond that, there was a whole integrated campaign spanning online, print and social. We considered every angle: regional appeal of the mums on our billboards, the proximity of the billboards to the UK’s busiest maternity hospitals, etc.

Why did you choose Paloma Faith as brand ambassador?

She is known to be outspoken and she has been honest with the public about her challenging birth and postpartum recovery. Openness was the key criteria for our talent and influencer partners, we didn’t want people who had never before shared their ‘real’ stories or feelings. On top of that, Paloma is a new second-time mum with an eight-month-old baby, which allowed her to discuss the subject authentically and, crucially, with humour. 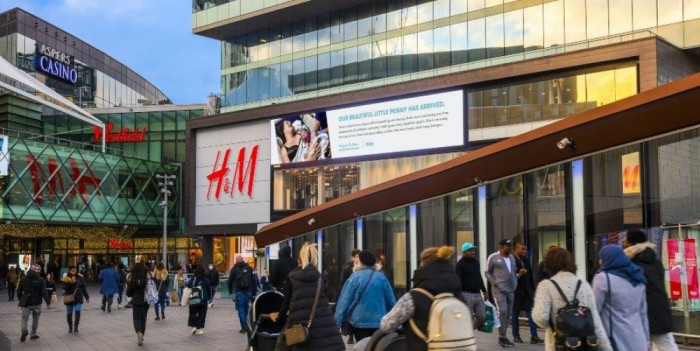 Can you tell us about the results?

It’s still early days, but Frida’s UK Instagram channel has already grown by 392.7% and press coverage from the campaign reached 1.1 billion across 133 publications.

We’ve seen a lot of brands trying to tackle taboos around motherhood recently.  How will you keep your approach fresh and differentiate it from what other brands are doing?

There’s been a clear cultural shift in the way women talk about their postpartum experiences – no longer making it all about baby while perpetuating the perfect mum stereotype. We believe Frida is at the forefront of this conversation, highlighting the struggle, absurdity and ‘what the fuck’ moments of postpartum recovery that mums endure. Frida embraces the unexpected and unconventional, there are no boundaries or restrictions creatively. We believe that by continuing to push the envelope at every opportunity, the approach will continue to stay fresh and different.