The Association of Swedish Advertisers (SA) recently launched the “Advertising – Not Just Annoying” initiative that aims to raise awareness of the importance of advertising and make people imagine what the world without advertising would look like. This is the association’s biggest undertaking on the subject since 2012.

The campaign was developed in cooperation with local agency Forsman & Bodenfors and builds on a survey conducted by the Swedish Advertisers in 2016 that found that 52% of Swedes have a negative perception towards advertising, as well as the Value of Advertising report commissioned by the WFA on the value and economic contribution of advertising in Europe.


“Advertising enables most of what we take for granted today, which is why we are concerned about the increase in consumers who have negative perceptions towards advertising. We hope to create dialogue and increase understanding of the role of advertising through this initiative”, said Anders Ericson, CEO of Swedish Advertisers. 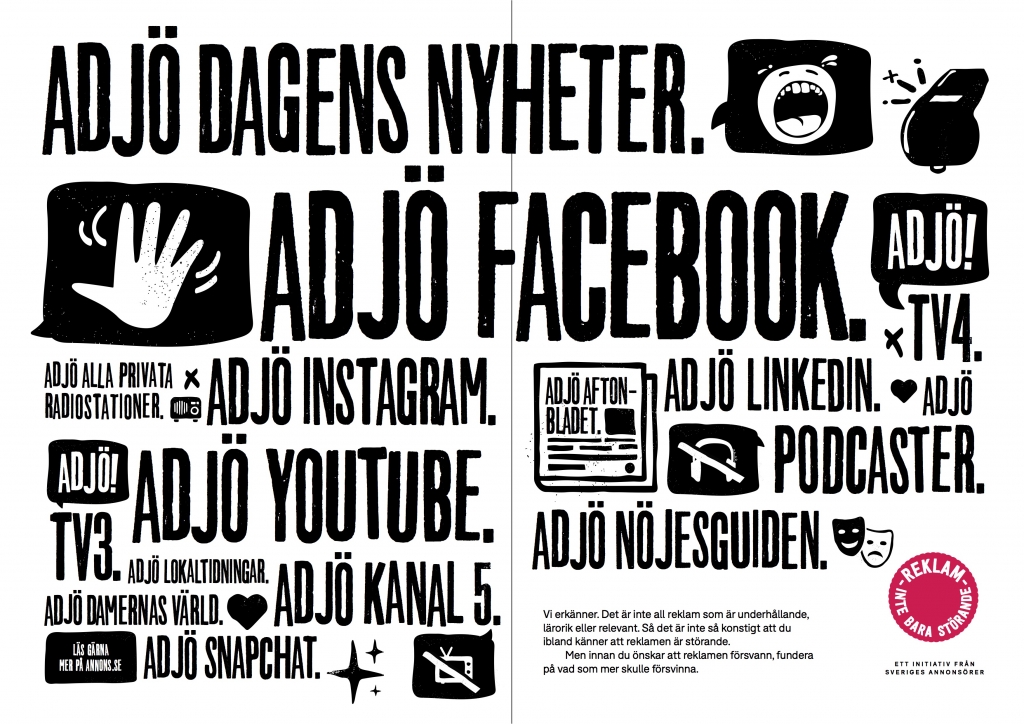 The campaign will run until the end of this August in press, outdoor, on radio, television and online, but the Swedish Advertisers plan to create follow-up campaigns in the coming years. The association is also encouraging Swedes to share their views about how advertising can be improved, which they will then share with their 600 corporate members.