In order to spark an industry conversation around gender portrayals in Chile and help eliminate gender stereotypes in advertising, the National Association of Chilean Advertisers (ANDA) launched the Women and Communication Forum, in partnership with Unilever and Scotiabank.

The first event in April gathered different stakeholders from Chile’s advertising industry. Isabel Varas, Chile’s ministerial regional secretary for Women and Gender Equity was present and said the principles that guide progress around gender are that of unity, freedom, justice, solidarity and progress. 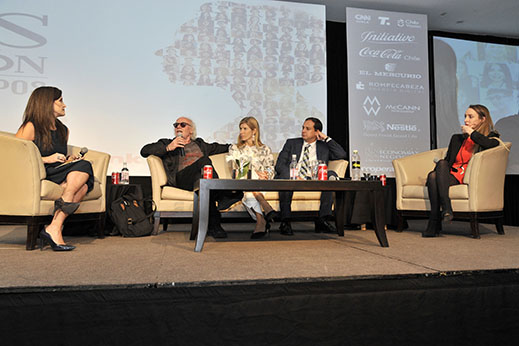 Speakers included Raúl Menjíbar, partner and director of local creative agency Porta, who was optimistic that important steps can be taken by the industry to eliminate stereotypes in advertising, using "our voices to promote gender equality." He added that "advertising is a cultural expression. In that sense, we have to start this work not from guilt but from consciousness".


Psychologist and leader of local movement “The rebellion of the body” Nerea De Uguarte shared insights from a study on self-esteem issues among Chilean women. The study found that 58% of girls and women between 14 and 25 years old regarded physical appearance as their main concern and 1 in 2 girls in Chile feels pressure to be pretty. Also, 91% of women think that advertising influences the construction of the female image.

On the brand side, Hans Eben, General Manager at Unilever Chile, shared how the company has been changing the way it communicates its products and brands. Examples he cited were Dove campaigns around women empowerment and Axe's transformation to eradicate macho stereotypes.


Following the launch, ANDA President Fernando Mora said: "We believe that we fulfilled the objective, which was to open an industry conversation around the tremendous influence advertising can have on eliminating gender stereotypes. Advertisers, agencies and media owners have a role to play, and this forum shows that advertising can greatly contribute to social, cultural and economic development."

He added: "This is just the first step. ANDA will continue to put a spotlight on the issue, spark conversation and actions and potentially develop a common agenda for the entire Chilean industry to completely eradicate gender stereotypes in advertising in the near future."