In 2019, despite the USA women’s football team being ranked as the best in the world, female players were paid 19 times less than their male counterparts, while the Men’s Major League Soccer (MLS) had eight times the amount of brand sponsors compared to the National Women’s Soccer League (NWSL).

Working with VaynerMedia, New York, Budweiser launched its October 2019 campaign, Future Official Sponsors of the NWSL to address the shocking pay gap by focusing on the disparity in sponsorship. 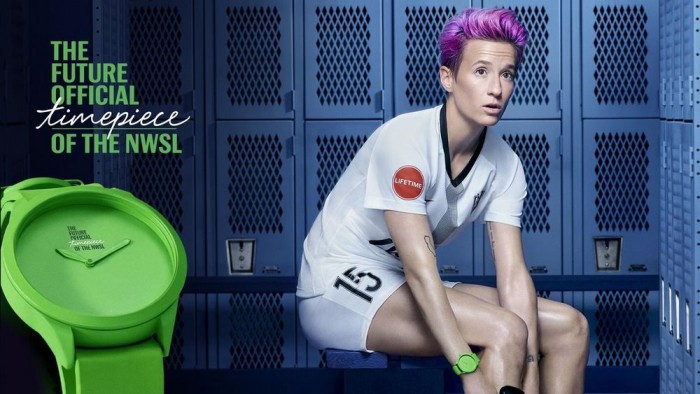 Budweiser, which became the NWSL’s first official beer partner in July 2019, created placeholder products for the nine of the biggest sponsorship categories in sports; timepieces, restaurants, deodorants, oral care, pet food, gum, condiments, eyewear and frozen meals. The beer brand then promoted these placeholder products as if they were real, creating print, online and video ads featuring world-class player Megan Rapinoe front and centre, inviting other brands to become sponsors of the NWSL.

This work directed people to a website where they could pledge to purchase these placeholder products, sharing them on social media and tagging the brands they wanted to see become sponsors of the NWSL. 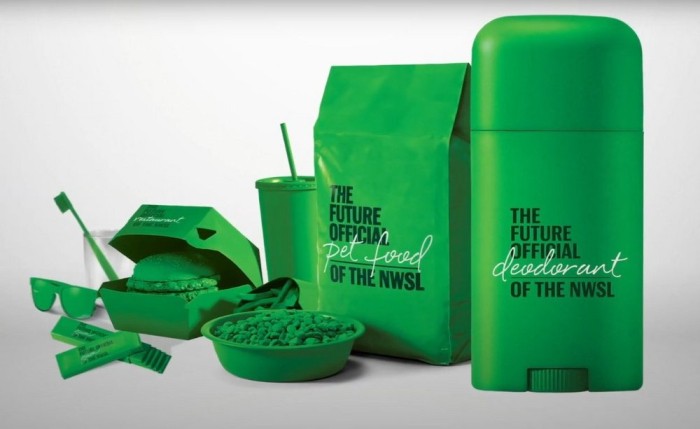 Results / By the start of the 2020 NWSL season, six new brands had come on board as official sponsors of the NWSL, which increased the salary cap of female players by 19.3%.

Strength in numbers / Awareness of an issue is all well and good, but brands now need to take action if they want to join any issues-based conversation – vague gestures of support no longer cut it. Here, Budweiser goes beyond simply slapping its logo on stadium hoardings at NWSL games, and further still than paying lip-service to the gender pay gap in football. It not only leads by example, but visualises a world of sponsorship possibilities for other brands to embrace, inspiring and driving positive change. Dove has similarly shown how brands can lead the way and bring other companies on board with its Show Us. It’s On Us campaign, whereby it pledged to fund the cost of more diverse casting in ads to help the advertising industry be more inclusive.

Scale for good / One of the strongest points of Budweiser’s campaign is the mechanism through which fans could pledge to buy the placeholder products, and then tag the brands they would like to see sponsor the NWSL on social media. As a beer brand that is not only cemented within sports but in wider culture as well, Budweiser can weaponise its audience to drive conversation around the NWSL, signalling itself as a proof point of what sponsoring the NWSL looks like.

Playing ball / The old narrative of only women watch women’s sports is no longer applicable. According to data from Nielsen, 84% of sports fans have an interest in watching women’s sports, 51% of whom are male. While viewer interest keeps growing, the lack of sponsors in the NWSL has provided Budweiser the opportunity to not only signal its progressiveness to sports fans, but to gain a first-mover advantage over its competition in sport sponsorship’s latest frontier.