Is it an advantage to be a woman in marketing?

Is it an advantage to be a woman in marketing?

Absolutely—but not in the way some people seem to think, says Guardian columnist and brand strategist, Arwa Mahdawi 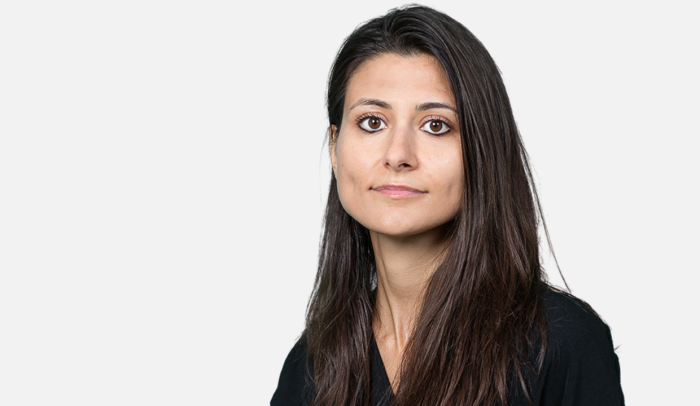 If you want to get a top job these days then it helps to be a woman. Even better if you’re a woman of colour! Tick a couple of other ‘diversity’ boxes and recruiters trip over themselves to give you a fancy title and a fat salary. Meanwhile, straight white men just can’t seem to catch a break these days.

You’d be amazed how many people think this way. I give a lot of talks on diversity and inclusion to corporations and I’m constantly astounded at how utterly convinced some of the men leading these companies seem to be that they’ve become an oppressed minority. We could be sitting in a boardroom where 99% of the executives are men, and a guy will still pipe up with a thinly veiled complaint about how women and minorities have it easy now.

And, yes, I suppose we do have it easy in 2021 compared to, say, 1951. Glass ceilings are being shattered and we’re slowly seeing more women in positions of power. According to an analysis of 100 of the most-advertised U.S. brands, half (47%) of Chief Marketing Officers were women in 2020; that’s up from 36% in 2017. But while progress is being made, it’s not exactly a breeze being a woman in the marketing industry. The first Global DEI Census on the marketing industry, which will be presented at Advertising Week New York on October 18, has found that found that women’s lived experiences of working in the industry are more negative than men’s. 26% of women, for example said they had been unfairly spoken over or not listened to in meetings, as compared to just 16% of men.

While a depressing number of people still seem to think that the only reason a woman could possibly get a top job is affirmative action, facts beg to differ. Plenty of studies show that women are still held to far higher standards than men. Whenever I hear someone talk about how they want to hire more women but they don’t want to lower the bar, I want to scream. The bar is a hell of a lot higher when you’re a woman. It’s harder to coast to the top if you’re mediocre. And because you have to be better to get to the top, you often perform better: a 2019 study by Zenger Folkman, a (male-led) consultancy examined the performance assessments of over 60,000 leaders (22,603 women and 40,187 men) found that women rate higher than men on 17 out of 19 leadership competencies that differentiate excellent leaders from average or poor ones.

So, let me reiterate: being a woman is not, in itself, a career advantage. (I wish it was). It is certainly not an advantage to get paid 80 cents for every dollar your male counterpart gets paid. But women do have one sneaky little advantage when it comes to leadership: the way in which we are socialized. There are no major neurological differences between men and women, but there is a big difference in the way in which the sexes are socialized. (If you’re not convinced of this then please just browse the toy aisle of any department store). Women are taught to be collaborative people-pleasers. We’re expected to look after others. We’re expected to be humble. We’re told not to be ‘bossy’. I’m not saying some men aren’t taught these things either—but they’re not rewarded for them in the same way.

For a long time all these so-called soft skills were seen as an impediment in the corporate world. Women were told that if we wanted to get ahead we ought to act more like men: speak up! Be assertive! Be more aggressive! But it is becoming increasingly clear that ‘feminine’ qualities are not weaknesses to be stamped out but strengths. Indeed, they may be the central attributes of effective leadership in the modern world. A 2020 study by the WFA, for example, notes that CMO’s remit is becoming ever more broad; soft skills are increasingly essential to managing multi-faceted teams.

The pandemic has also shone a light on the importance of soft skills. Remember that Zenger Folkman study? The researchers revisited the study during the first phase of the Covid-19 crisis to see if performance ratings had changed. It turns out women were rated even higher than men. During the pandemic people put greater importance on interpersonal skills, such as ‘inspires and motivates’, ‘communicates powerfully’, ‘collaboration/teamwork’, and ‘relationship building’, all of which women rated higher on.

Remember Sheryl Sandberg’s advice about how women ought to lean in? Well, I think it might be time to flip that advice. Women may not be running the world yet, but the future of leadership looks female. So let’s stop telling women to act like men, shall we? Let’s start encouraging men to lead like women.

Arwa Mahdawi is a Guardian columnist, brand strategist, and the author of Strong Female Lead. Follow her on Twitter @ArwaM