Signatories include Avon, Diageo, Mastercard, SAP and Unilever, with the Argentine Chamber of Advertisers (CAA) and Women in Advertising (MEP) as allies 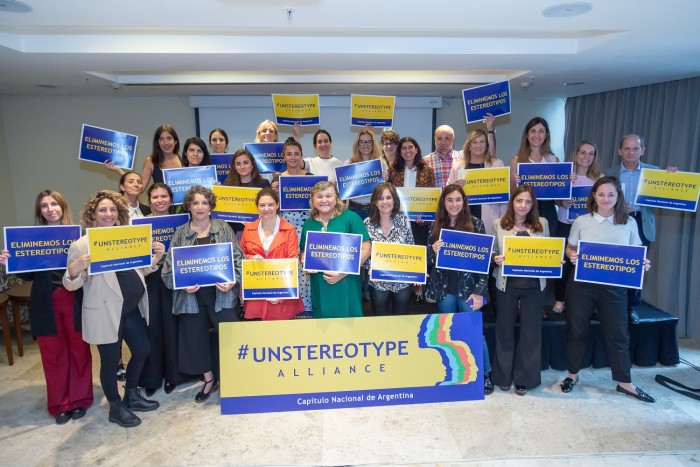 On April 26, UN Women announced the launch of a national chapter of the Unstereotype Alliance in Argentina. This marks the Alliance’s 12th national chapter, following launches in Brazil and Turkey in 2019, South Africa, Japan, the UK and UAE in 2020, and Australia, India, Kenya, Mexico and Nigeria in 2021.

The perpetuation of traditional gender roles in advertising is problematic in Argentina. The chapter’s aim is to eliminate stereotypes that limit the opportunities and ambitions of women and girls, deconstructing the hegemonic depiction of beauty and eradicating content that objectifies women and girls.

Unsterotype Alliance Argentina will focus on addressing gender stereotypes in advertising and media with a focus on progressive portrayals of non-traditional roles, as well as expanding the representation of all people using an intersectional approach to address deep-rooted inequalities, with a specific focus on diversity and inclusion in the workplace and the ad industry.

Commenting on the launch, CAA President Philip Perez said: “This alliance identifies advertisers and creatives as agents who can influence culture and society in a positive way through the way they represent people in advertising and marketing. In turn, it unites the industry in an efficient way behind a common agenda in the fight against harmful stereotypes.”

Launched in 2017, the Unstereotype Alliance aims to eradicate harmful stereotypes in advertising, with WFA as a founding member and several national advertiser associations as allies of national chapters, including CAA in Argentina, AANA in Australia, ABA in Brazil, JAA in Japan, MSK in Kenya, MASA in South Africa, RVD in Turkey, ABG in UAE and ISBA in the UK.