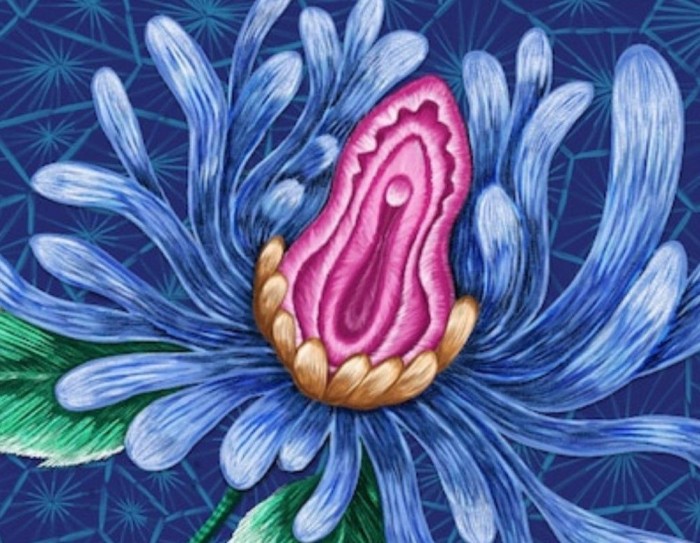 Challenge / Talking about vaginas is taboo in Malaysian society, which leads to unreported sexual abuse, undiagnosed illnesses and also self-esteem issues among women.

The nyonya kebaya tunic became popular in Malaysia in the 1920s. Unlike the traditional long tunic donned by women, the nyonya kebaya is a tighter-fitting, sheer blouse that is typically decorated with embroidered flowers. According to Libresse, the top is designed to accentuate the female silhouette and has helped Malaysian women embrace their sexuality. 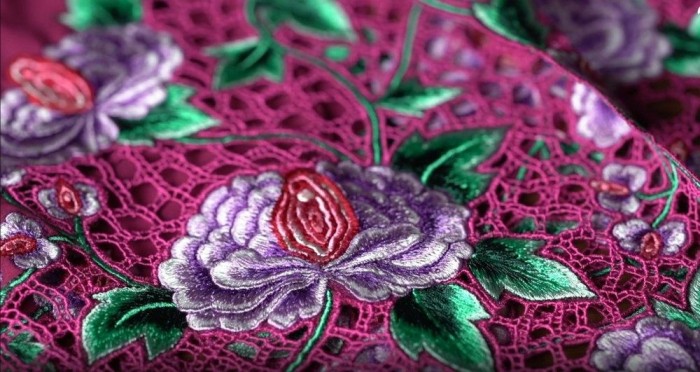 In September 2021, Libresse commissioned local craftswomen to create Vulva Kebaya tunics, in which the centre of the embroidered flowers resembled vaginas. The tunics came in two designs: a blue version covered in chrysanthemums and a pink one decorated with peonies.

To promote the campaign, Libresse sent its Vulva Kebaya tunics to Malaysian influencers, who shared them on their social channels. The brand also redesigned the packaging of its sanitary products to include the floral vulvas.

Results / According to the agency, the campaign generated $78.4m in earned media and was trending on Twitter for a week. Online sales of Libresse’s products increased nine fold and the number of people who said they felt Libresse helps them feel confident about their vulva increased by 18%. At the 2022 Spikes awards, the Vulva Kebaya campaign managed to win the Grand Prix in Healthcare.

Breaking barriers / Libresse is no stranger to busting taboos in its pursuit of making women feel ‘empowered, supported and [able to] live their life the way they want without fear and shame.’

The brand’s 2017 Blood Normal campaign showed period blood on TV for the first time instead of blue liquid, and its 2021 Pain Stories campaign exposed the gender pain gap to raise awareness of endometriosis.

Vulva Kebaya adapts Libresse’s message to fit the challenges faced by Malaysian women. Brands around the world are starting to experiment with more honest and less sanitised portrayals (read our Unvarnished Truths Trend to find out more), but Malaysia is socially conservative. Incorporating the vulva into the design of a flower and stitching it onto a traditional Malaysian blouse, allows Libresse to draw attention to taboos about the female anatomy in a way that is still subtle.

As Margaux Revol, head of brand at AMV BBDO, which created Libresse’s Womb Stories campaign, told us: ‘We want to break taboos so that women can just live the life they want to and not be pressured [...] You want to do something that was never done before and that was needed. But you always want to make sure that this is something that leaves women feeling good about it and feeling understood. Because otherwise it’s just a slap in the face.’

Embracing controversy / Vulva Kebaya may have been comparatively subtle, but it still attracted criticism, with one religious organisation claiming it was ‘disrespectful and degrades women’, and the campaign was pulled less than a month after launch.

Libresse has dealt with backlashes in the past. Viva La Vulva prompted complaints to the Advertising Standards Authority (which were dismissed), and a petition on Change.org to have the ad pulled received nearly 9,000 signatures. But the brand continues to create work that becomes a talking point, and it is unrelenting in demonstrating what the brand stands for.

The Vulva Kebaya campaign may have been cut short, but the controversy it caused made its point about social stigmas even better than embroidered flowers.