This article was originally published in Contagious I/O on 22 April 2022. 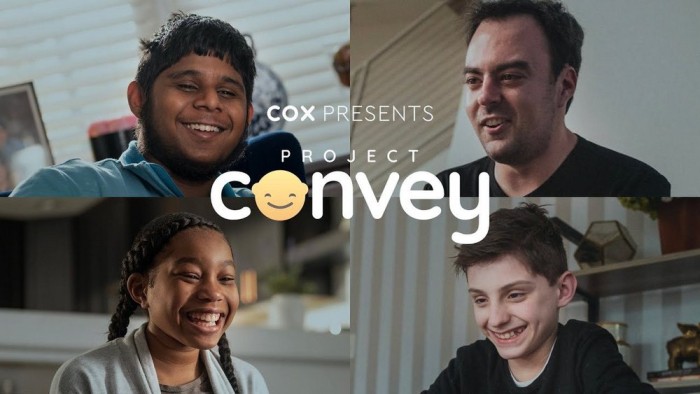 For Autism Acceptance Month (April), Cox Communications,  the largest private broadband company in the US, developed a prototype that translates facial expressions and verbal cues into emojis in real time, making it easier for individuals on the autism spectrum to communicate on video calls.

According to autism expert Dr. Michelle Dean, who was a consultant on the project, research has shown that individuals on the autistic spectrum find emojis easier to understand than facial expressions. Developed in partnership with Unit 9, Los Angeles, the prototype uses pitch analysis, speech-to-text and facial expression interpretation to capture the emotion of a participant in a video call and convert it into a single emoji at. Although the technology is currently only a prototype, the company is researching ways to expand its use in its own technology. It is also making its research available to video technology companies and the wider autism community, in the hopes that they will continue the project of making digital life more inclusive.

Rachel Negretti, director of brand strategy at Cox, said in a press release: ‘Our goal was to show that it's possible to make video chat inclusive for individuals on the spectrum. Our hope is that one day every video chat platform out there will have a tool like this or be inspired to create one.’

Centering on connection /  In 2018, Cox introduced a new advertising tagline ‘bringing us closer’ and announced that the company would be focusing on ‘helping people create more moments of genuine human connection. Mark Greatrex, Cox’s executive vice president, said in a press release announcing the changes: ‘We want to help customers think more about how they connect and create more meaningful moments that make life magical.”

The campaign is the latest in a series of initiatives that do exactly that – using Cox’s services to bring people together. Last year, it helped middle school children put on a virtual school play using animation. And in 2020, it connected isolated older adults through virtual social groups and a staff volunteering programme.

By focusing on emotional stories like these, Cox is able to build its brand and differentiate itself in the market by positioning itself as a facilitator of human connection rather than a mere utility provider.

The more the merrier / Here Cox is doing more than just creating branded content, but is attempting to solve a real problem that is particularly timely. According to the Centers for Disease Control and Prevention (CDC), 1 in 44 children in the US have an identified autism spectrum disorder.  Research conducted by Ghent University found that adults with autism found the back-and-forth flow of video calls difficult during the pandemic, and that many were experiencing anxiety about digital communication.

As a broadband provider, the problem that people with autism face when it comes to video chat is one that Cox is uniquely positioned to solve. By taking the initial steps towards making life online more accessible for individuals with autism, Cox contributes to increasing participation in its services. This particular projects builds on other work Cox has done around increasing accessibility, for example offers a range of inclusive products, such as a voice-activated remote control and text telephones.

As we noted in our trend Inclusivity for Impact, increasingly consumers are expecting brands to do more than just pay lip service around inclusion but actually create products and services that make a difference. And for Cox, putting the effort in to create technology that will potentially improve lives in the long-term demonstrates a genuine commitment to its stated values.

Nothing about us, without us /  The campaign film was very well-received online, gaining many positive comments from parents of autistic children. To ensure the project hit the right note, brand worked with a focus group of individuals with autism spectrum disorders, and consulted with autism experts. When creating a campaign around a marginalised group, the consequences of not involving members of the community in the process can be dire. The ferocious backlash to Music, a recent film directed by popstar Sia, is a case in point. The film, which is about a non-verbal girl with autism, was criticised for the lack of involvement of autistic people in the film’s production. So the fact that Cox here told the stories of real people with autism and sought their input at different stages of the project allows its project to come across as authentic, rather than an opportunistic PR stunt.