Motor Neurone Disease (MND) is an incurable degenerative disease that causes around 120 deaths in New Zealand every year.

David Seymour, a Whangārei man in his late 50s, was diagnosed with the condition in 2017. Last year, Motor Neurone Disease New Zealand (MND NZ), a non-profit supporting people living with MND, hijacked TradeMe, New Zealand’s largest online auction platform, to sell off items he could no longer use due to the impact of the muscle-wasting condition. 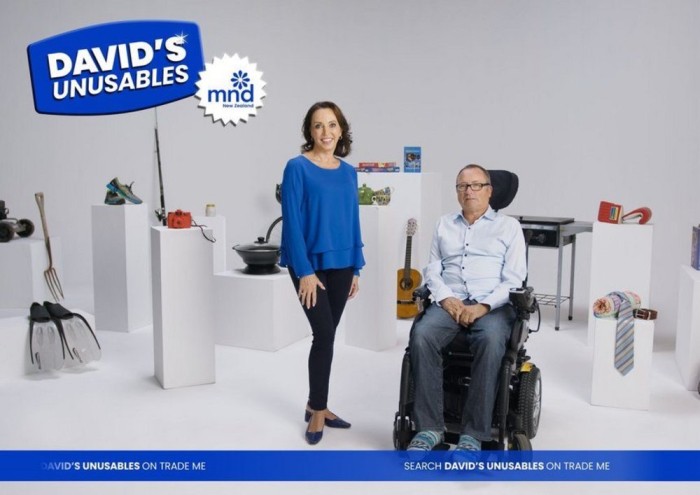 David’s Unusables, created by Special Group, Auckland, was launched on 21 June 2021 (MND Global Awareness Day). Over the course of six weeks, 33 items were sold in an order representing the slow decline in motor function experienced by sufferers of Motor Neurone Disease.

In the first days of the campaign, items associated with David’s former active lifestyle, such as his hiking boots and boxing gloves, came up for sale once he could no longer take part in his hobbies. As the auction drew to a close more everyday items, such as cutlery, were sold off, illustrating the loss of independence faced by those afflicted by the disease. 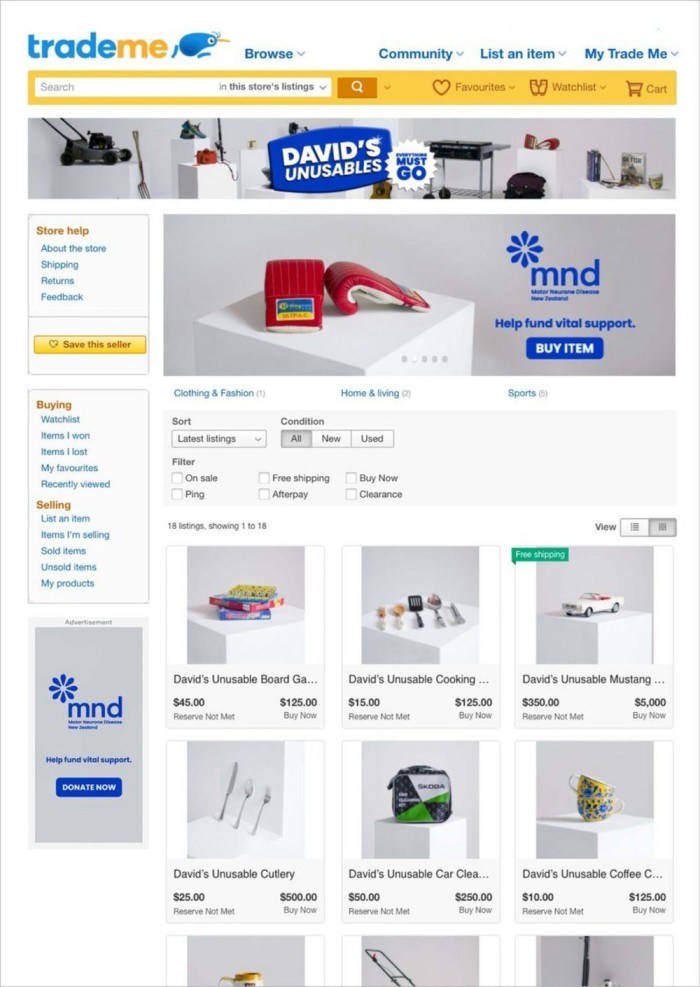 Results / According to the agency, the campaign reached over 1.5 million people (over 25% of the population of Zealand) and gained 7.9 million impressions. The campaign also won a Gold Lion in the Health & Wellness category at the 2022 Cannes Lions Festival of Creativity.

Story of my life / TradeMe, New Zealand’s equivalent of eBay, is often used by charities to raise money through auctioning goods. What makes this campaign stand out is that it uses the platform in an unconventional way, telling a story rather than merely asking for donations. Subverting the platform’s traditional use grabs attention and helps the charity to stand out from a crowd of other fundraising campaigns on the site. As an added bonus, the household items sold for more than they would fetch otherwise.

Since the ALS Ice Bucket Challenge, which we covered in 2015, there has been a high level of public awareness of ALS (which is the most common form of MND). The challenge of MND New Zealand was therefore not to raise awareness of the existence of the disease, but to educate people about how it affects the lives of those who suffer from it. Telling a story through objects over a series of weeks illustrates how the disease works in an elegant and impactful way. MND New Zealand CEO Carl Sunderland said: ‘We needed a bold, brave and creative campaign to cut through public apathy and highlight how devastating this disease can be.’

The campaign also subverts the classic infomercial, juxtaposing the familiar format with the tragic circumstances of the sale.

On My Own / Much like the Garvan Institute campaign Disease Dilemmas, which placed photos of real Australians side-by-side, this campaign is able to bring home the effect the disease has on lives by confronting the viewer with the suffering faced by a real person.

Psychological studies have shown that people are more likely to donate to charitable causes when faced with the misfortune of a single identifiable person as opposed to an undefined group. This is known as the ‘identifiable victim effect’, which a 2016 meta-analysis confirmed could be observed in a range of contexts.

What’s more, many of the items sold were related to aspects of his David’s personality, which helped people connect with his life. Each item tells part of the story of a well-rounded person with many interests, enabling potential donors to see those with MND as whole people, rather than mere victims, and showing the full range of what the disease takes away.