Internet users rarely agree on anything. Except maybe one thing.

Online advertising can be really annoying. Anyone who’s spent a bit of time on a forum or in the comments section below an article will know.They might be onto something. Yes, we’ve all experienced it. We click on a link from an email, on social media or through search and then we end up on a webpage cluttered with ads.

The content we came for is lost in a sea of different ad formats, the page takes ages to load because the trackers are working in the background, and the content – the reason why we tried to get to the page in the first place – is barely readable.

Of course, this isn’t always the case- thankfully. Many publishers take pride in offering a clean and seamless user experience. But the current situation has led many online users to install an ad blocker on their desktops, laptops and mobile devices.

I should know, I was one of them. Actually, I was early to the party, installing ad blocking software when I was starting my studies at university. Back then, few people knew who Ad Block Plus was, and just a handful of people were blocking ads. The plugin I used then has now been bought by Eyeo, the leader in the space.

That was almost 10 years ago and the situation has evolved dramatically. Last year there was another steep rise in adoption of ad blockers, hitting 11% of the global internet population. That’s around 615 million devices running ad blocking software around the world[1].

In Asia, the focus is on mobile devices, with adoption in Indonesia at 58% according to the latest PageFair data for 2016, while the West sees big numbers on desktop, up to 39% in Greece and Ireland[2].

However, adoption in the mobile environment in the US and EU markets could very well increase in the months to come. Browsers[3] with built-in ad blocking capabilities are widely used in Asia, while people in North America and Europe tend to use more conventional browsers pre-installed on their phones.

At WFA, we believe that ad blocking is a symptom and not the disease itself. It’s an indication that large numbers of consumers are not happy with the way that ads interrupt their digital experiences.

That’s exactly the reason why I used to have ad blocking software on my browser and it’s why I want to improve the situation. Together as an industry, we need to take responsibility, pull our heads out of the sand, and roll up our sleeves. 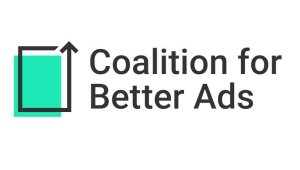 That’s why the WFA is working with global partners across the entire advertising industry – including the ANA, 4As, IAB US, IAB Europe, Google, Facebook, P&G and Unilever among others – as part of the Coalition for Better Ads.

The goal is to significantly improve the state of the online advertising experience. Since it was launched in September last year at Dmexco in Cologne, the Coalition has been developing a methodology to identify the ad formats that create particular consumer frustration and push-back.

These insights will form the basis for future ad standards that Coalition members across the ecosystem will commit to voluntarily adhere to, helping to make a real difference to the online ad experience. Only by making tangible improvements right across the industry will we ensure online users don’t feel the need to reach for an ad blocking tool.

For that to happen, we also need more partners to join the initiative in order to achieve a critical mass of online experience. Consensus has been reached on the methodology, based on consumer data and scalable globally so that the Coalition can collect data for a large number of ad formats in different environments.

Information already gathered across multiple regions will allow the industry to start making meaningful changes. The first batch of ad standards is due in the coming weeks. Watch this space.