eCommerce, measurement, transparency, in-housing and ESG are all areas where current performance and capability fails to match importance 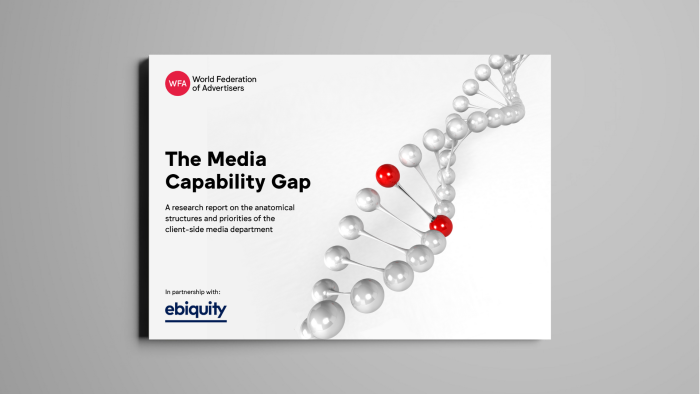 Large multinationals are still facing big challenges on delivering their media aspirations even as the function becomes more important, according to new research by WFA in conjunction with Ebiquity.

The five key areas where many are struggling include eCommerce and Shopping, finding the right balance for in-housing and partners, managing the challenges of environmental, social and governance agenda as well as the more long-term challenges of measurement and transparency.

The Capability Gap found that the role of media leadership is expanding. New responsibilities are being included within the remit, with a growing focus on brand safety but also the ethical dimension of media investment. More than simply being tasked with placing investments that deliver a positive ROI for the brand, media leaders now also need to consider whether these are the right choices for the environment, consumers and society at large. 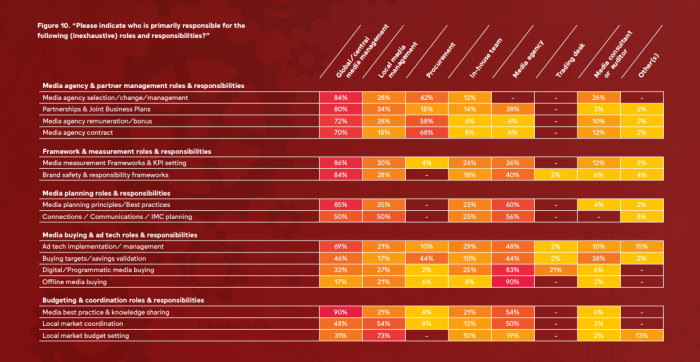 As such, media is being viewed more than ever as an engine for top line growth and 81% of respondents believe that media will occupy greater strategic prominence than in the past. Meanwhile, in a further sign that media leadership is being treated more strategically, 75% of respondents predict that media management will have more decision-making authority than it has done in the past.

Breadth and depth of skill is required in this environment and all media leaders agree that being ‘T’ shaped, not specialised, is critical to survive in the global media role today. Fortunately, team sizes are expanding and the WFA finds that global teams have increased by around 60% compared to the previous survey conducted on this theme (in 2017). 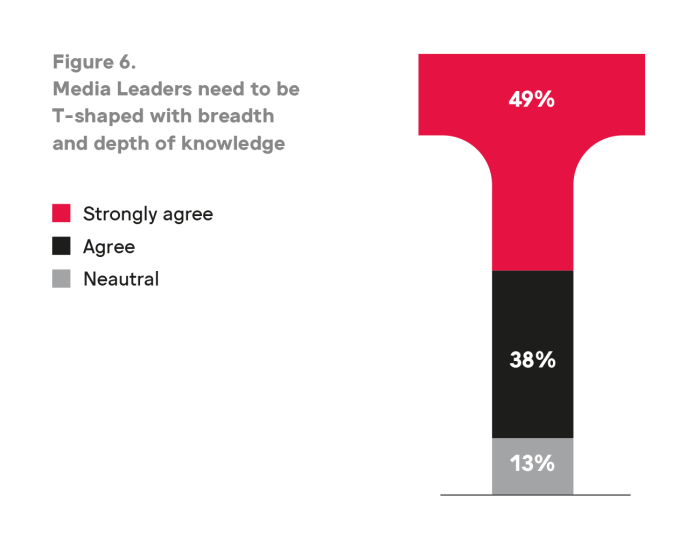 All of this is encouraging many to review their media model on a more regular basis with 37% looking at it either annually or more frequently and a further 33% doing so every two to three years.

In doing so they will need to address capability gaps, those areas where satisfaction with the current approach falls short of the level of importance it has been assigned by media leaders.

The biggest gap (57%) – the percentage points difference between the respondents who were satisfied with their performance and those who believed the issue was important – was in the area of eCommerce and shoppable media. Not one of our 52 respondents reported that they were “very satisfied” with their current capabilities in eCommerce, and many are looking for inspiration from sources as diverse as online retailers from Amazon to Alibaba, as well as D2C brands. Some of this dissatisfaction may reflect the fact that only 28% of media and marketing teams own the budgets for shoppable media formats.

The next biggest gap – 51% – was found in media measurement, attribution, and market mix modelling. Ninety-four percent of respondents said they believe this area will be very important / important over the coming years. This gap shows that the age-old question of “what works” has not been solved by the advances in digital technology and the degradation of third-party cookies only enhances the challenge.

The third gap – 49% – is around transparency. More than 9 in 10 respondents (91%) said that media transparency will be very important / important over the next 3-4 years but only 43% are satisfied with their organisation’s current capabilities. Bigger advertisers (those with ad budgets in excess of $750m) were more satisfied than those with smaller budgets.

The fourth gap 38% – is around in-housing or right-housing. While 36% of those interviewed strongly agree or agree with the statement that “In-housing won’t make sense for our organisation”, this still leaves 67% who claim to be strengthening internal media capabilities. Only 11% are very satisfied with their current capabilities here with data and technology being a major shortfall.

The final capability gap – 36% – is around the Environmental, Social, and Governance agenda, which covers a host of areas including data privacy. These areas are challenging to manage because they need to be considered throughout an increasingly complex supply chain.

“This report shines an important light on the discrepancies between where many advertisers say they are versus where they want to be. It is not surprising that there are capability deficits in areas such as eCommerce, shoppable media and ESG, which have come under such focus in recent months. Equally considering the privacy-first transition the digital media industry is going through, which is seeing core functionality eroded, it’s not surprising that measurement presents a capability challenge to media leaders. Media transparency has been a focus for the industry for a number of years and, while we accept that this very much a moving target, it’s disappointing to see that this still occupies so much attention from media leaders. These issues – old and new – require the client-side to adopt new skills and they require renewed collaboration from across the industry.” said Matt Green, Director, Global Media Services at the WFA.

"Ebiquity understands, from our daily activities with clients, that brands are currently facing an unprecedented onslaught of new challenges in managing their media and media organisations in an environment where the pace of change just ever quickens. This research allows brands to understand the present and quantify the challenges we collectively face. It will be helpful for all parties in planning for the future. Issues such as the shift in emphasis from efficiency to effectiveness, diversity and responsibility in media models, the ongoing challenges with transparency, agency selection in a remote, agile, and often virtual world, governance of data and management of technology all require the global marketing community to adopt and flex new skills. All major topics in their own right that collectively challenge brand’s internal and external operating models," said Mark Gay, Chief Client Officer at Ebiquity.