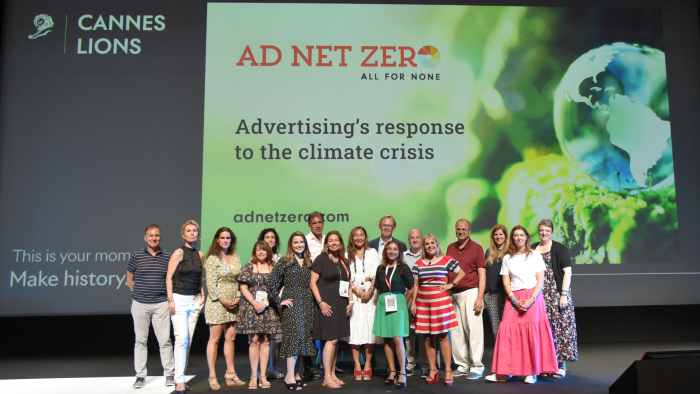 Ad Net Zero announced its plans to roll-out globally on June 21 at Cannes Lions, with the support of multinational companies and industry associations. The initial focus of the expansion will be in major advertising markets including the US and several EU countries. Ad Net Zero Global is supported by Unilever, Sky, dentsu international, Havas, Interpublic Group, Omnicom, Publicis Groupe, WPP, Google, Meta, Ascential (Cannes Lions), the ANA, 4A’s, IAB, EACA, VoxComm and WFA.

Launched in November 2020, Ad Net Zero is the UK industry-wide drive developed by the Advertising Association, ISBA and the IPA to reduce the carbon impact of developing, producing and running advertising to real net zero by the end of 2030. It now counts over 100 advertisers, agencies, media owners, tech platforms and production companies in its membership.

Ad Net Zero features a five-point action plan that companies can commit to and provides a roadmap for other markets to adapt and develop market-specific solutions. It offers tools, training and initiatives to help companies reduce their carbon emissions, such as the AdGreen carbon calculator and a first-of-its-kind Essentials Certificate.

WFA CEO Stephan Loerke said: “Climate change is the defining issue of our age not just for the ad industry but for society at large. Marketers have a key role to play in persuading consumers to adopt behaviours that lead to a more sustainable future. The international launch of Ad Net Zero is a crucial first step in terms of getting our own house in order and ensuring our own operations go net zero. It perfectly complements the WFA Planet Pledge, which provides a framework for marketers to lead in driving consumer behaviour change.”

Progress will be presented and discussed annually at the Ad Net Zero Global Summit every November and at Cannes Lions every June. The next Global Summit is planned for November 9-10 in London and virtually, more information here.

Ad Net Zero is a recipient of this year’s WFA President’s Awards, which recognise initiatives led by national industry associations that are helping advance the marketer’s agenda and are contributing to positive change in the industry and society.