Doritos recently released a touching film in Mexico depicting a father coming to terms with his son’s sexuality.

The online video shows a young Mexican student, Javier, travelling home for Christmas with a university ‘friend’ named Manuel. Javier calls his father to let him know that he is bringing Manuel home, but does not say the two are romantically involved.

Uncertain how to tell his son that he knows what’s going on, the father turns to Reddit for help. ‘Hello, I think my son and his friend are a couple and he won’t tell me. How can I let them know that everything is okay?’ he writes. After reading through several answers on the site, the father thanks Reddit members and appears ready to make the next move.

At the end of Doritos’ two-minute ad, the father says to his son, ‘I love you.’ Javier replies: ‘What you want to tell me is that you love me as I am?’ to which his father nods and the two hug. The ad concludes with the on-screen message: ‘The best gift for these holidays is accepting everyone the way they are,’ followed by the Doritos Rainbow logo. 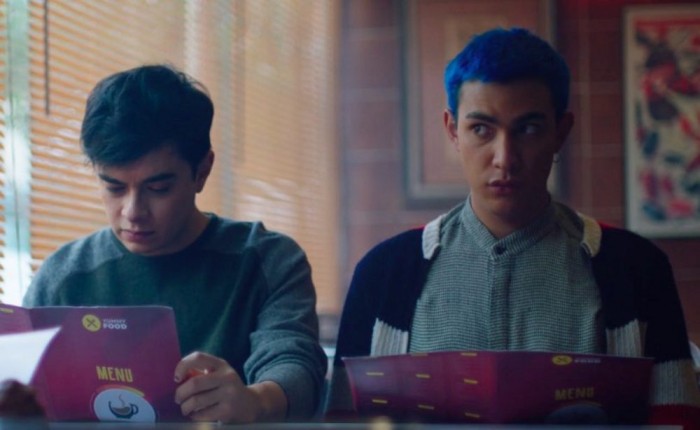 The short film, which was released over Christmas in Mexico, is reportedly based on a true story and titled El Mejor Regalo, which translates to The Best Gift. It contains only very fleeting references to tortilla chips or the brand.

The campaign was created in partnership with Slap Global, Buenos Aires, a firm that describes themselves as a ‘creativity-led business accelerator’. The film is the first iteration of Doritos’ new brand platform #PrideAllYear. 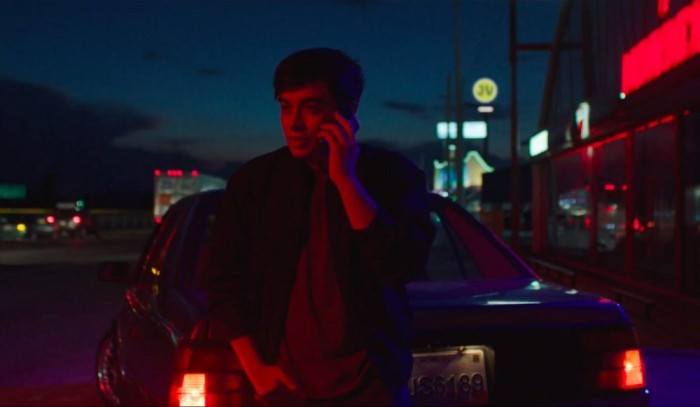 Results / At the time of writing, the online film had been viewed more than 19 million times and generated 1,950,343 interactions. It had also achieved 81% positive sentiment on social media, according to the brand.

Update 16/05/2021: Doritos and Slap Global released a Mother's Day TV spot titled ‘Thanks Mom, and Mom,’ that celebrated two-mom families and the LGBTQ+ community in a further extension of its #PrideAllYear platform. 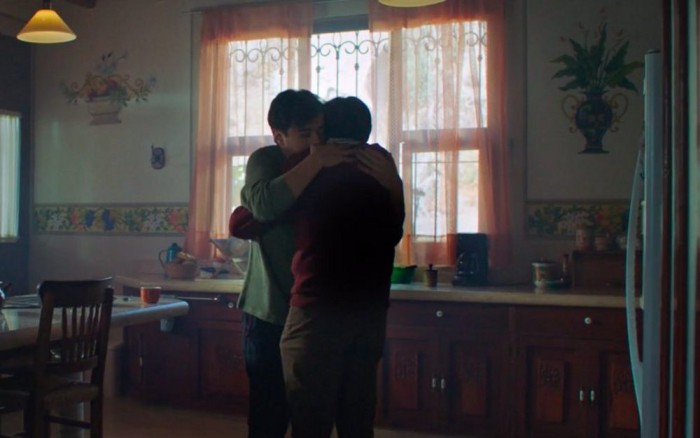 Contagious caught up with Eduardo Cordoba, senior marketing director at Doritos Mexico, as well as Slap Global’s co-founder Maxi Itzkoff, to find out more about the Doritos Rainbow platform, its target audience in Mexico and why the film was so unbranded.

What has been happening at Doritos Mexico over the past few years?

Eduardo Cordoba: Mexico was the first country in Latin America to launch Doritos Rainbow and this initiative has become one of the most important brand moments for the Mexican market. Since its first edition in Mexico in 2016, Doritos Rainbow has been a platform that supports the LGBT+ community and their families through donations, guidance, workshops and strong marketing campaigns during Pride month [June], which aims to create awareness on the importance of love, respect and equality.

Doritos Rainbow has been evolving since the beginning, becoming one of the most important platforms for the brand with its message ‘There’s nothing bolder than being yourself’, by inviting consumers to share their voice on love and inclusion. In December, the brand decided to take the initiative further by launching the ‘Pride all year’ campaign through an emotional short film that celebrated diversity during the holidays in Mexico. 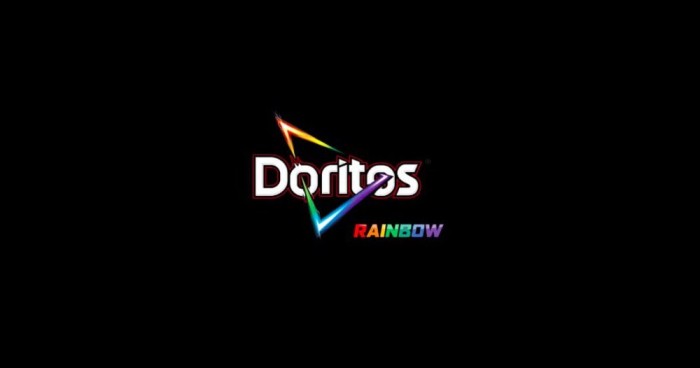 What is Doritos’ strategy for Mexico and who are the target audience?

Cordoba: Doritos as a brand focuses mainly on a young audience, so we are a bold and fun brand. We know that our audience is mainly interested in music, video games and entertainment, and we design initiatives to meet their needs and connect with them through their passions.

Our target audience’s lives are torn between two worlds; the world of reality where they ‘should be’ and the world of possibility where they ‘could be’ and only need a little push to open a world of possibilities. They are deeply concerned about social issues such as inclusivity, and for them it is of deep importance to feel that the brands they consume have a real purpose that they can identify with.

What are the brand’s key challenges in this region?

Cordoba: For a brand like Doritos one of the biggest challenges is to continue strengthening our brand equity with attributes and qualities that go beyond the product itself and help us to differentiate our brand from other players. That is what the Doritos Rainbow platform is all about – it builds around brand purpose, makes a unique brand statement, and let us engage in a more natural and meaningful way with our consumers and audience.

Also, last year we needed to adapt our plans to a completely digital environment and understanding our consumers’ new behaviours and needs in such a short time. However, we have found that this has become a natural ecosystem for Doritos to live and to approach our consumers.

Tell us about the brief for The Best Gift campaign?

Cordoba: Five years after the Doritos Rainbow platform was launched, we understood that the next step to evolve our communication platform was to go beyond the Pride month and commit to creating a more diverse and inclusive society. With this objective, we approached the Slap team and together we developed a concept that permanently invites our consumers to be bold and be themselves throughout the year. We wanted to expand our Rainbow to always-on, since we believe that its message is important and powerful enough to live all year long.

Maxi Itzkoff: Since the Doritos Rainbow platform was founded, more and more brands have started to support the LGBT community during the nation’s Pride month. Doritos realised that it wasn’t bold enough anymore as it was doing the same things as other companies. So that’s why we created this platform #PrideAllYear, in which we bring diversity to different calendar dates like Mother’s Day, Día de los Muertos [the Day of the Dead] and Christmas. We will be communicating all year round. 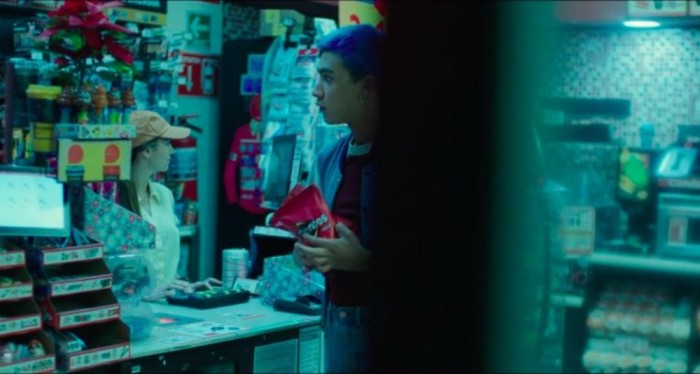 What consumer insights informed the work? Did you conduct any research?

Cordoba: Doritos has remained very close to the LGBT+ community during the crafting and development of the Rainbow platform throughout the years. From ethnographic research – which continues to deepen our understanding across Gen Z passion and pain points, in which diversity still plays a major tension for Mexico’s teenagers – to interviews with Mexican referents of social activism, to consumer evaluations of our communication, to our very own in house council, the EQUAL Association, which seeks to promote diversity and inclusion within PepsiCo’s workplace.

We wanted to launch our campaign on a special date and the holidays were a great opportunity because it can be a challenging time for some members of the LGBT+ community. The message of love, acceptance and family is so important. 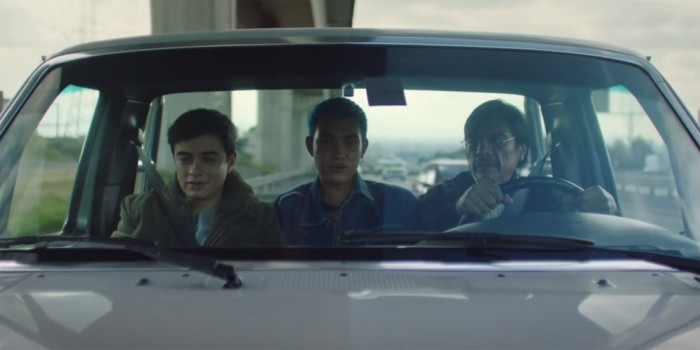 What was the intention and objective behind the campaign?

Itzkoff: We wanted to help the LGBT+ community express themselves. And if whenever we make a piece of work, it needs to inspire people to be themselves. For example, with Christmas, many kids want to go to their parents and say, ‘hey dad, I'm gay’. On the flipside, there are many parents who are afraid of talking about this to their children. If the message is out there, then it is easier for them to speak about this. We are not trying to sell any Doritos. That wasn’t the purpose. If we tried harder to sell tortilla chips in the ad, the whole premise wouldn’t be believable. 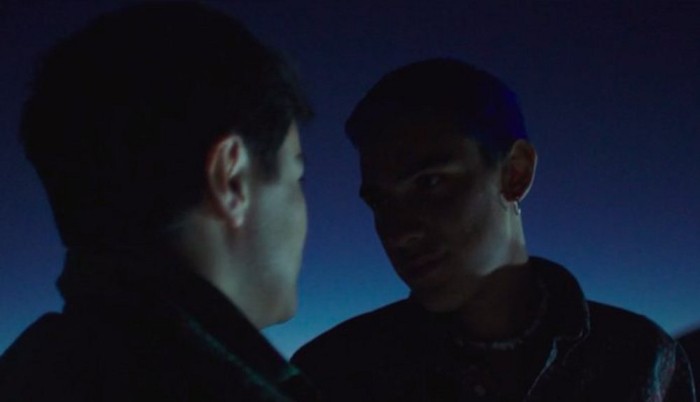 What are the attitudes towards the LGBTQ+ community in Mexico? Why does the brand have the authority to speak on this topic?

Cordoba: In Mexico, as in Latin America, the LGBT+ community is still discriminated against. While same-sex marriage is legal in several states, and we have seen progress in recent years, for some people and especially older generations, this topic may still be taboo. Since 2016, Doritos has been making its purpose a reality through the Rainbow initiative. We have been able to touch the lives of more than 8,590 people through our local partners, and we plan to keep increasing this number with every new Rainbow initiative we pursue.

Itzkoff: Mexico is still a very conservative society. And when we presented the idea it was still quite exhilarating to imagine a story like this playing out in Mexico. Everyone felt a bit uncomfortable, but we took that as a good sign. 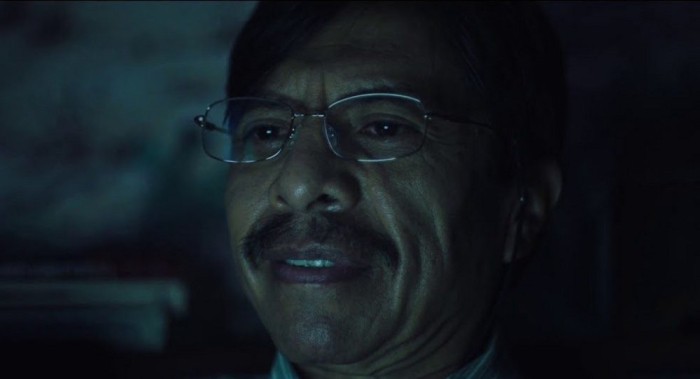 Were there any risks in doing something like this?

Itzkoff: The inclusivity message wasn’t very risky because Doritos has been working for many years with the Rainbow platform in Mexico. Probably the main concern was how to make the message emotional enough to achieve the impact we wanted. We could have approached it from a funnier angle. But we said that if we want it to be relevant, we needed to tell a deep story.

Why make the film so unbranded?

Cordoba: For Rainbow, especially in the last few years, the platform is not about the product itself, it is about our purpose and our message. That’s why the star is not Doritos, it is the cause and the message we support and want to put out there.

Itzkoff: There is one moment in the film when the kid with the blue hair goes to the store and he comes out with a couple of bags of Doritos – that was it! Most clients would be begging you to put more Doritos in the ad, but the client understands that the product wasn’t the focus. Everyone knew it was a Doritos ad because of what we’ve been doing in Mexico. If you do the right thing, it will be relevant.

Tell us about the media plan in place – how did you ensure this would create noise?

Cordoba: We leveraged the relationship that we have built with key influencers through the last few years in order to ensure their support to expand our message. It’s because we have been consistent with the messages, and we ‘walk the talk’, that these influencers – not just members of the LGBT+ community but also great allies – have trusted us and are eager to help us expand our message. 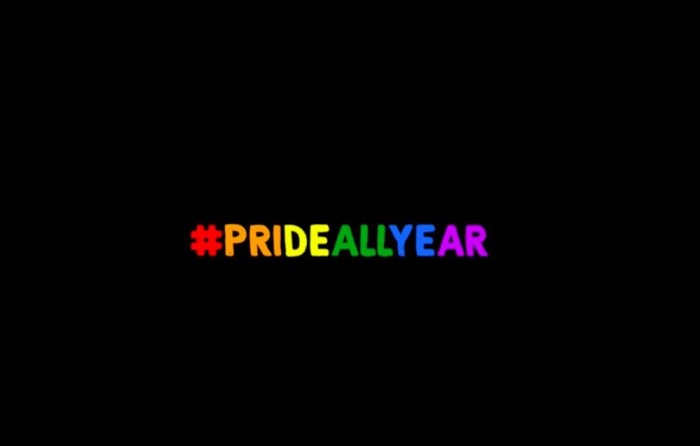 What are some of the results that you're most proud of?

Itzkoff: The positive comments that said it was like film from Amazon or Netflix. When you talk about this stuff, you can have negative reactions. But in this case it didn't really happen which was amazing. So, I'm proud that it resonated in the LGBT+ community and beyond.

What has been your single greatest learning from this campaign?

Cordoba: We have learned that our audience is eager to feel and that shining a light on those who need support to be themselves is a cause worth following. We believe that we need to keep working on boosting our love and respect message in order to contribute to creating a more inclusive community.