Despite many seeing Pride month as a colourful parade of joy and acceptance, in 69 countries around the world (at the time of writing), it is a crime for people to speak about their LGBTQ+ sexuality, with punishments ranging from prison sentences to the death penalty.

During July 2021, when the LGBTQ+ community was unable to gather due to the Covid-19 pandemic, the Federación Estatal de Lesbianas, Gays, Transexuales y Bisexuales (FELGTB) used the lip sync feature on TikTok to raise awareness and support those living in oppression. 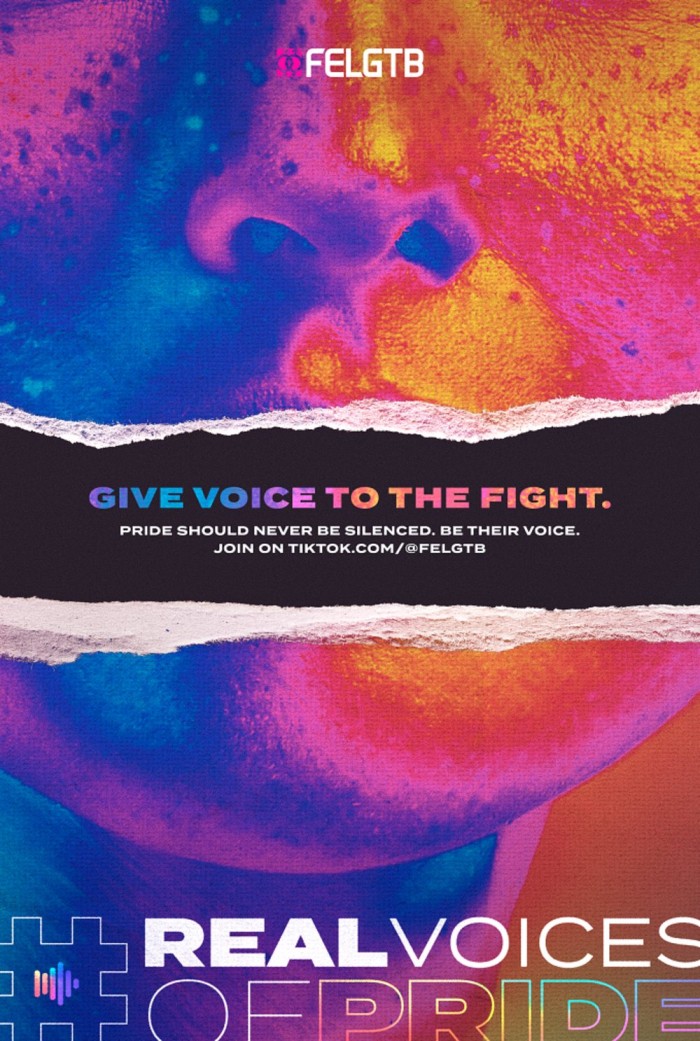 FELGTB and creative agency Edelman Spain in Madrid partnered with institutions and advocacy groups in countries where LGBTQIA+ people are discriminated against by law to collect testimonies of those unable to express their sexuality freely.

Several of these testimonies were turned into publicly available audio clips in 2021 and shared on TikTok alongside the plea ‘Pride should never be silenced. Be their voice’ and the hashtag #RealVoicesOfPride. Users could then use the TikTok lip sync feature to perfectly match their lip movements to the audio clips and highlight the plight of people living in these countries, without identifying them (which could lead to their persecution).

Results / According to the agency, the campaign reached 37 countries, generating over 500,000 interactions. The TikTok videos were viewed 3.7 million times and resulted in 12 million impressions on the social platform. 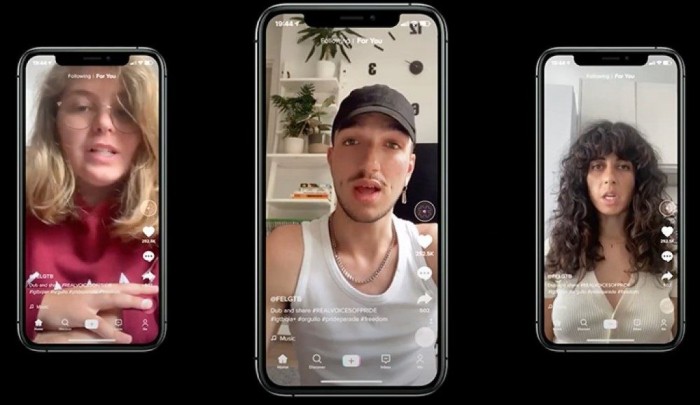 Play into the platform / If your brand’s target audience includes anyone between 13- to 60-years-old, then you should be on TikTok. The video-sharing platform has over 1 billion monthly active users and, in April 2022, the app announced it had been downloaded 315 million times in the first quarter of the year, which is the best quarter by any app, ever. But it’s highly unlikely that anyone needs another schooling on why they should be on TikTok, it’s widely known by marketers that the platform provides a direct channel of communication to a wide range of audiences. The challenge is that while many know it’s the place to be, many aren’t using it in a way that feels authentic to the platform.

So much so that when TikTok launched its TikTok for Business platform, it did so under the banner ‘Don’t Make Ads, Make TikToks’. And, when Trevor Johnson, TikTok’s head of global business solutions Europe, spoke at Contagious’ virtual Bootcamp event he even warned viewers ‘Don’t make ads that are boring, fake or expensive […] don’t bring whatever you’re doing elsewhere and put [it] on TikTok; think about what you’re doing elsewhere and put [it] through a TikTok lens to make [it] work for our platform.’

The success of FELGTB’s campaign lies in its adoption of a popular and widely used feature on TikTok to encourage what the video-sharing platform calls ‘community generated entertainment’ to ensure mass reach and achieve maximum impact. Unlike more traditional media channels like TV, ‘a fundamental aspect of TikTok is that it was built for co-creation,’ said Nikao Yang, vertical director of gaming and entertainment, global business solutions at TikTok, in an interview with Deadline. By simply providing users with heart-wrenching audio clips of suppressed LGBTQ+ individuals, FELGTB put the campaign in the hands of the platform’s highly active community and galvanised them to spread its message.

As Felipe Braz, creative director at Edelman Spain, told Contagious: ‘TikTok is a platform with a powerful community engagement. The algorithm boosts content by similarity to the community most related to it. So, a campaign like #RealVoicesOfPride can reach more people who care about the cause, and consequently, the community became an active element in spreading the message.’

All for one and one for all / By leveraging the lip sync feature on TikTok, FELGTB is able to make the issue of sexual oppression feel personal without compromising the safety of LGBTQ+ victims. A series of experiments, published in the Journal of Risk and Uncertainty, found that people are more responsive to pleas that feature an identifiable beneficiary than if they are being informed of a problem affecting the masses – also known as the ‘identifiable victim effect’. Here, the non-profit is leveraging this psychological bias to increase the emotional resonance of its message and inspire action.

It's a tactic we’ve seen harnessed to great effect in the past. For example, Australian medical research organisation the Garvan Institute was able to generate AU$19m ($13.8m) in donations by using images of real Australians in its striking outdoor campaign. And, Motor Neurone Disease New Zealand, sold off a man’s personal items that he could no longer use due to the impact of the muscle-wasting condition. According to the agency, the campaign gained 7.9 million impressions and was recently awarded a Gold Lions in Health & Wellness at the 2022 Cannes Lions International Festival of Creativity. As Johnson advised at Contagious’ Bootcamp: ‘Do not make content to get followers. Make content for the emotional response.’