Ahead of the Raksha Bandhan festival on 22 August, Mondelēz-owned Cadbury Celebrations (the confectionery giant’s gifting brand) has partnered with inclusive design company Social Hardware to create a sensor-based prosthetic arm that gives the wearer a sense of touch.

Held annually, Raksha Bandhan is a religious celebration held to commemorate the bond between brothers and sisters. 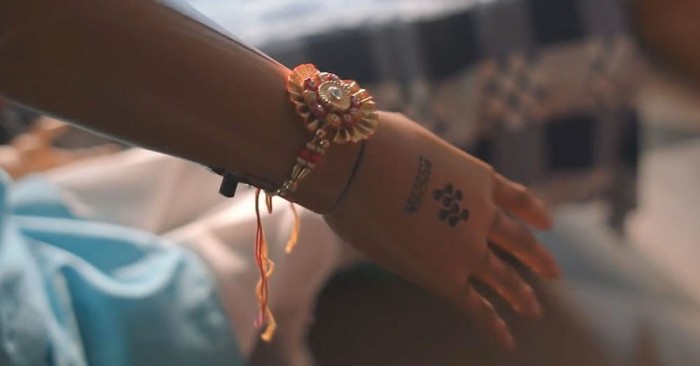 During the festivities, it’s customary for a sister to tie a rakhi (a bracelet made of interwoven red and gold threads) around her brother’s wrist to symbolise their sibling bond. In turn, the brother promises to protect her and their bond for the rest of his life. However, children living with upper limb differences can’t fully experience this cultural tradition as typical prosthetic limbs don’t transmit the sense of touch.

To make the occasion more inclusive, Cadbury Celebrations has pledged to provide low-cost sensor-based limbs to kids across the country who have lost upper limbs. 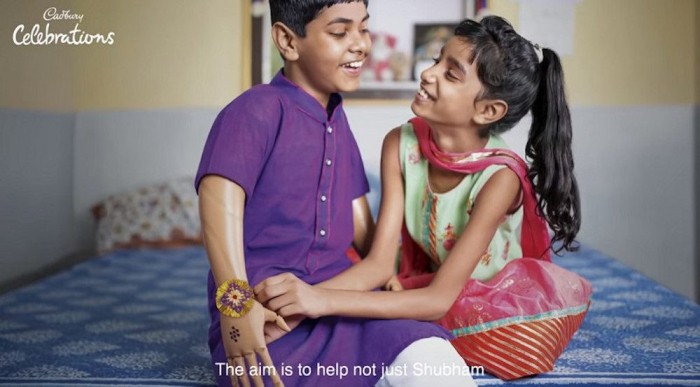 To raise awareness of the #MyFirstRakhi campaign, the chocolate brand launched a TVC created by agency Ogilvy India, Mumbai. The spot tells the story of a girl and her older brother, Shubham, who yearns to experience the feeling of a rakhi being tied around his wrist. At the conclusion of the ad, Shubhum’s wish is fulfilled with the sensor-based prosthetic arm.

Commenting on the campaign, Sukesh Nayak, chief creative officer at Ogilvy India said: ‘Raksha Bandhan is a very special festival celebrated across the country. With #MyFirstRakhi we are helping ensure that every brother who has so far missed experiencing the joy of celebrating this festival, can now feel the bonds of this beautiful relationship on his hand.’

In 2018, Cadbury abandoned its ‘joy’ positioning in favour of a global campaign that builds on the brand’s philanthropic heritage and the notion of generosity: the Cadbury family were renowned for their commitment to social reform. Since then, we’ve seen the concept manifest itself in a number of interesting ways across the globe. For example, in the Philippines, Cadbury released The Generosity Bar, sales of which resulted in the brand donating 200,000 glasses of milk to Filipino children. And, to help small businesses during Diwali, the confectionery brand used dynamic creative to localise ads and boost sales for 1,800 retailers in over 260 locations who had suffered during to the pandemic, notching up 3.4 million impressions.

With #MyFirstRakhi, the brand is yet again reinforcing its new positioning in a culturally relevant way that aligns with its core purpose. You can read more about Cadbury’s brand story and its positioning around generosity in our Brand Spotlight.

Although the Raksha Bandhan festival only lasts for one day, the PR-value of the campaign ensures that Cadbury Celebrations is front and centre during the celebrations. Along with the traditional rakhi bracelet, gifts of money and sweet treats are also exchanged. By forging a strong link between the brand and the occasion, Cadbury is making it all the more likely that it will be top of mind during the event and the go-to gifting option. As Byron Sharp says in How Brands Grow: What Marketers Don’t Know, ‘The dominant way that advertising works is by refreshing and occasionally building memory structures. These structures improve the chance of a brand being bought and or recalled in a buying situation.’

While Cadbury Celebrations won’t be able to give every child in India with a limb difference one of its prosthetic arms, the campaign packs enough of an emotional punch that means the initiative doesn’t need to scale to be effective. In Viral Marketing – The Science of Sharing, Karen Nelson-Field reveals that videos which evoke high-arousal (extreme emotion) are shared twice as often as those that create a low-arousal emotion. In the case of #MyFirstRakhi, the brand is able to pull on the heartstrings of its audience around a popular cultural event and increase the likelihood of its comms standing out.