This article was originally published in Contagious on 9 April 2022 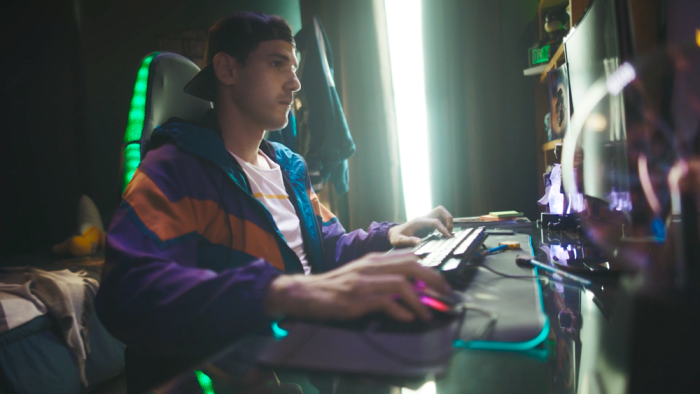 There are currently more than 300 million deaf gamers worldwide. A popular platform for gamers to communicate with each other is Discord, an instant messaging platform consisting of different communities called ‘servers.’ On these servers, people communicate through voice calls, video calls, text messages and media sharing.

Most games require players to use both hands, meaning that if they’re playing with friends, texting is inconvenient. As such voice calls within Discord servers are frequently used while gaming, excluding deaf players from participating in the conversation.

To deliver on its purpose of championing friendship without differences, Pilsen Callao stepped in to help deaf and hard of hearing gamers connect with their friends while playing. The AB InBev-owned brand partnered with Lima-based agency Fahrenheit DDB (part of DDB Latina) to create bots that translate real-time conversations on Discord into sign language.

Using artificial intelligence, Pilsen Callao developed a bot programmed to listen to every voice call taking place on Discord gamer servers. These messages are converted real-time into sign language that is conveyed by an on-screen avatar. The bot can recognise different voices, with every player’s chat represented by a distinct, named avatar. As a result, deaf gamers can follow the conversation held by their fellow gamers. 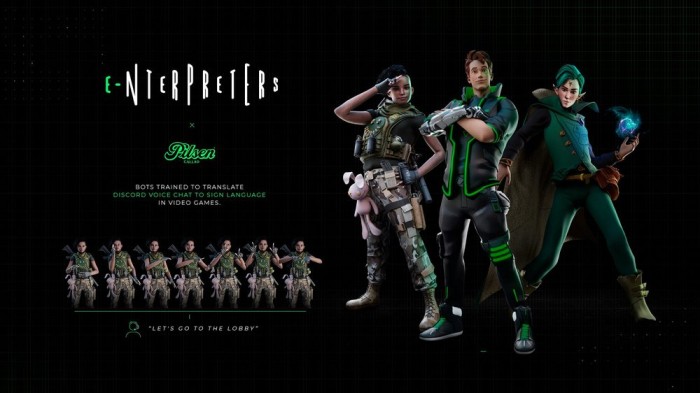 The development of voice recognition and translation into sign language technology works on any video game supported by Discord (such as Fortnite, Call of Duty and Dota, to mention a few). Pilsen Callao’s bot is open-source, meaning that anyone can download from its website and use it on their Discord servers. It can also be easily integrated into platforms such as YouTube and Twitch. The agency emphasises that the long-term goal is to reach as many platforms as possible.

The initiative was 10 months in the making, and Pilsen Callao worked with different ASL groups and deaf/hard of hearing gamers who helped the brand through the process to make sure the tool was fully functional. E-nterpreters launched on March 22. 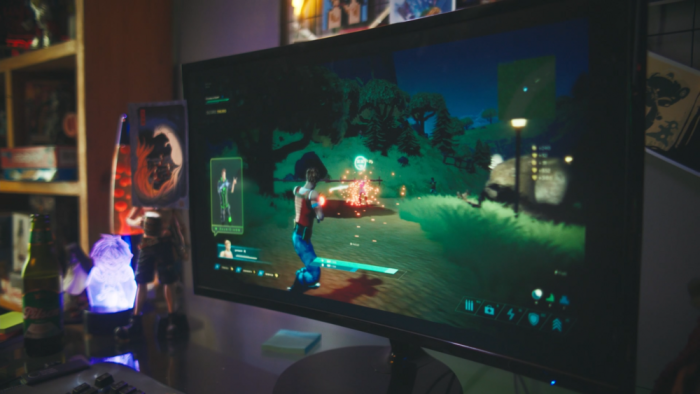 Sergio Franco, executive creative director at Fahrenheit DDB Peru, told Contagious: ‘Pilsen Callao is the beer of friendship in Peru and all their efforts fall on building friendships without differences, where people can have a good time with friends no matter race, creed, sexual identity or any disability. E-nterpreters is another big step from the brand in the mission of contributing to a better and more equal world.’

Results / According to the agency, the AI tool was being used on 120 servers in the first 24 hours after its launch. Within one week, 75% of the deaf gamer community in Peru had downloaded the tool and 453,000 words had been translated, equating to 35 words per minute on each server and 260,000 minutes of bot learning.

Modern mingling / Pilsen Callao isn’t the only beer brand championing friendship, look no further than Colombian beer brand Poker, with its tagline ‘For friendship, we do it all’. While celebrating socialising and drinking with friends isn’t exactly a new concept for beer brands (Budweiser’s Wassup commercial is an exemplary example of the canon), it’s refreshing to see Pilsen bringing this trope to another arena. Sergio Franco, executive creative director at Fahrenheit DDB Peru, notes that gaming platforms are prominent social spaces. He told Contagious: ‘Online video games have become spaces for socialisation in the last 20 years, where millions of people have fun, share and live new experiences. For Pilsen Callao it was an opportunity to get closer and impact our consumers, understanding some tensions or occasions where our brand makes sense to act, always led by bringing friends together and having a good time.’ By taking its message of ‘friendship without differences’ and creating something powerful and game-changing with it, the brand avoids being lumped together with other beer brands toasting a frosty one with a friend.

E-mpowerment / According to research, in 2021, 2.9 billion players helped the global games market generate $178.37bn. Factor in that younger consumers – aged between 18 and 34 – account for the largest chunk of the gaming audience (38%) and it’s no surprise that beer brands are getting in on the action, see Miller Lite and Steinlager for some recent examples that we’ve covered. One of the golden rules of gaming activations is ‘add value’. As Ashley O’Rourke, director of Publicis Sports and Entertainment, states: ‘Brands need to have a clear value-add proposition and ask themselves, “how is my being here going to add value to the overall experience of those either gaming or streaming?”’ E-nterpreters is a superb evocation of this, levelling up hearing impaired people, rather than trying to change the behaviour of other gamers (for example, encouraging them to text while playing). With there being more than 300 million deaf gamers worldwide, this initiative is an empowering move and superb show of inclusivity.

Xbox’s Beyond Generations is another great example of a brand connecting and empowering people through games. Here, the brand taught elderly people how to play video games in order to combat loneliness among senior citizens. To learn more about turning up in the gaming space, read out It’s in the Game Trend piece here.

Practise what you preach / Being generous will get you far, especially in marketing. More than half of people now think that brands take a stand on issues purely for PR purposes, according to Sprout Social. To avoid these criticisms, it is becoming increasingly important that brands take direct action, rather than simply speak out on issues, we note in our trend piece Inclusivity for Impact. By taking concrete action to minimise the disparity between gamers, Pilsen Callao is standing true to its promise of ‘friendship without differences’. Being generous is an important step towards generating brand love, and by making the tool open-source and giving everyone the opportunity to use it, Pilsen Callao is doing just that.