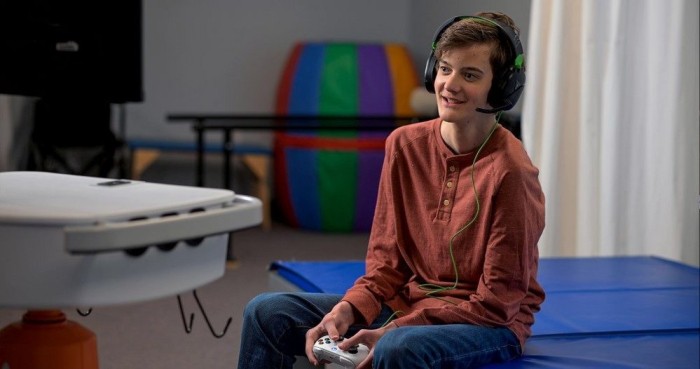 In March 2022, gaming brand Xbox launched a documentary style film called A Player Like Me to promote its partnership with Gamers Outreach, a charity that provides children in hospitals with tech that enables therapeutic gaming. 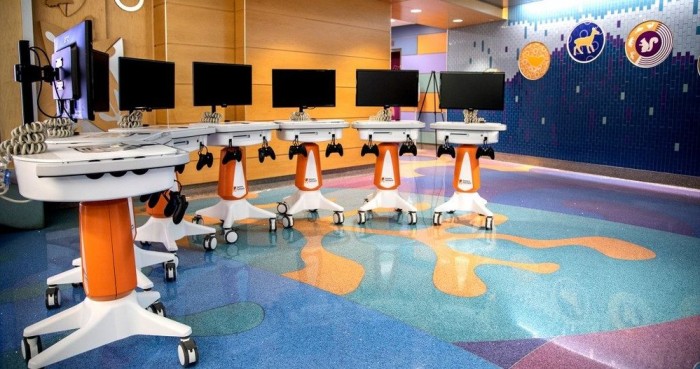 Gamers Outreach creates gaming rigs called ‘Go Karts’ (Gamers Outreach Karts), that feature an Xbox console, screen, controller, headset and games, and can be wheeled right up to hospital beds. The integrated entertainment system enables children receiving treatment for long-term illnesses to play online with friends and family outside of the hospital. The organisation reports that it creates 10,000 gaming experiences each day through its Go Karts being available in over 300 hospitals in the US.

The Beyond Xbox: Therapeutic Play campaign was created by agency McCann London and launched on 28 March. The documentary charts the online meeting of American teen Jordan (14) from Atlanta, and Megan (23) from Inverness, Scotland. They connect to play the Xbox-exclusive racing game Forza Horizon 5, Jordan from hospital and Megan from her home. Both have the disability Ehlers-Danlos Syndrome, which is a rare inherited disorder that affects connected tissue and skin elasticity. The film’s emotional hook is that it’s the first time Jordan has spoken to another person with the same condition, with Megan imparting life lessons and wisdom as they race.

The film and Go Kart initiative is being promoted through Xbox’s social channels and on the blog of Gamers Outreach.

For the many / For several years now, going back to the brand’s extremely successful Adaptive Controller innovation in 2019, Xbox has been using the creative platform ‘When Everybody Plays, We All Win’, a tagline that appears at the end of the documentary film. Through this platform, Xbox has focused on its products and services as a facilitator of connections for all people, which is reinforced through showcasing how Xbox can be invaluable to fringe gaming groups such as the elderly or disabled gamers – cohorts that may find gaming inaccessible. Furthermore, Xbox demonstrates how its consoles are able to bridge gaps between people, positioning its products and services as more than just a time sink, but capable of strengthening existing friendships and fostering new ones with people thousands of miles away – 3,935 miles in this case.

Acts not ads / Last year when Contagious spoke with Xbox and McCann London about its Beyond Generations initiative, a campaign that encouraged people to re-box old consoles and gift them to elderly family members, Xbox emphasised how much inclusivity was a part of the brand’s DNA. McCann London senior planner Jonathan Bender emphasised that there’s a strong corporate desire to ‘make the world a better place through gaming’, adding ‘the importance of doing this not through ads, but through action’.

Yes, the A Player Like Me documentary is your classic heartstring-pulling ad, but what underpins this film is a really strong act – an initiative by the brand that helps thousands of hospitalised children across the US feel less lonely and connected to the outside world through Games Outreach’s Go Karts. This element is what truly builds Xbox as an inclusive brand that’s driven to connect all people through gaming. You can read more about Beyond Generations in our Insight and Strategy here, and more about how Microsoft discovered it’s emotional side in our Brand Spotlight here.

Real people, real stories / For the last few Xbox campaigns under the ‘When Everybody Plays, We All Win’ platform, the brand has shot several documentary-style films with real people being connected through gaming. When Contagious last spoke with Xbox, McCann ECD Sanjiv Mistry told us that manufacturing or faking this type of film wouldn’t have had the same impact as the real thing, saying: ‘A conventionally cast ad, with actors, just wouldn’t have done that reality any justice. I don’t think the initiative would’ve had the same heart and soul either if we’d gone down that more conventional route. Instead, viewing what unfolds through the lens of reality gives it more poignancy and importance.’ This quote speaks to why the brand replicated this format for its spiritual successor campaign here, with the emotion between Jordan’s family and the connection between himself and Megan helping to make Xbox feel more human.

Last year car manufacturer Renault also used a documentary-style format for its 100% Electric Vehicles campaign, an initiative that saw every household in a remote French village receive a Zoey car. Vincent Renonciat, business director at OMD France, the media agency that worked on the campaign, told us: ‘The fact that documentaries have roots in reality, this authenticity ensured that we could demonstrate how electric vehicles can have a positive impact on the lives of day-to-day users as well as talking about the deeper purpose behind the project.’ You can read more about this Outdoor Grand Prix winning campaign at Cannes 2021 in our Insight & Strategy here.