This article was originally published in Contagious on 8 April 2022

The Théo Curin collection was designed by Curin and Louise Trotter, creative director of Lacoste, and intended for both able-bodied and disabled people. Special features, such as buttons replaced by snaps, and ties that allow the sleeves to be rolled up easily, were inspired by Curin’s daily life.

Each piece of the collection, including the logo, speaks to Curin’s life, starting with his 122km swim across Lake Titicaca, the world’s highest navigable lake, to raise awareness of environmental pollution. The collection combines adaptability with Lacoste’s signature elegance. ‘It was really important for me and for Lacoste that anyone could wear it, like any other collection,’ said Curin in a press release.

Agency BETC Paris captured the creative process in a film that follows Curin over a year, from his preparation for the Titicaca challenge to the design of the collection. The launch marks the first time a clothing collection bears the name of a disabled athlete, and was available to buy from 1 April 2022 on Lacoste.com and in Lacoste stores. 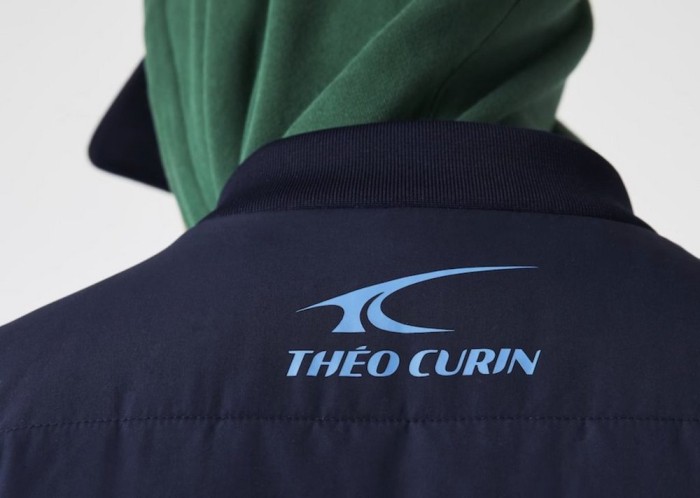 Not just a label / Although this concept seems like a fairly small project for a brand of Lacoste’s stature, the year of filming with Curin reveals just how extensive the campaign is. This isn’t just a celebrity stamp on an existing product – Lacoste and Curin worked meticulously to create a line of clothing that can be worn by anyone, disabled or not. The features – ties and snaps – are a game-changer for those who need them, and a nice add-on for those who don’t. This partnership and collaboration gives Lacoste the right to enter and speak on this topic; without Curin’s input, it might be received as an empty CSR gesture. The line invites comparison with Tommy Hilfiger’s AW18 Tommy Adaptive collection, designed for and with people with disabilities. When it came to designing the third collection of the adaptive line, Tommy Hilfiger created an online platform to solicit views from 1,500 people from the disabled community, who shared their experiences and tension points with clothing accessibility.

Inclusivity for impact / Lacoste has sports in its DNA, with origins in tennis: tennis champion René Lacoste was nicknamed ‘the crocodile’ by the press, and had a crocodile sewn onto the jackets he wore when arriving at matches. He founded the Lacoste clothing brand in 1933, which made a name for itself as the first brand to feature a logo on its clothing. Today, the brand makes clothing, footwear, sportswear, eyewear, leather goods, perfume, towels and watches – all distinguishable by that familiar crocodile logo. With this campaign, Lacoste harks back to its sporting origins with a refreshing new take. Rather than use its platform to promote an able-bodied athlete, the brand recognises the importance of role models and representation. The partnership helps Lacoste stand out in a sea of sponsorship sameness, and positions the brand as a champion of inclusivity in sport. For more on how brands are putting performative action aside to make way for marketing that makes a difference, read our Inclusivity for Impact trend here.