Three of 2016's most contagious ideas

Three of 2016's most contagious ideas

It was a full house at Most Contagious 2016 in London in December.

The annual event looked at distilling some of the most important trends at the intersection of technology, culture and marketing into a day of talks. From machine learning to voice, from VR to dark social and brands reinventing themselves. Here are three takeouts:Creativity ex machina? Machine learning and the creative industry

“Convey ‘wild’ with a song in an urban tone, leaving an image of refreshment with a feeling of liberation’. The ad world is known for its brain-teasers. But what makes this brief different from the rest is its author.

The internal brief came from a robot – McCann Erickson Japan’s first AI creative director. In an experiment earlier this year, the agency worked with two creative teams, one led by a human, the other by a machine with access to best-in-class advertising studies, to deliver against the brief of client Mondelez for their Clorets mints’ new TV ad. The result? Two very different ads: one features a barefoot calligrapher; the other is about a flying dog.

When asked at Most Contagious which of the two was not billed by the AI-led team, an overwhelming majority of the audience correctly raised their hands for the calligrapher.

Machine learning was, incontestably, the talk of the town in 2016, not least because of some major breakthroughs which proved that AI has the potential to become just as good – if not better than humans at specific tasks. Take the win against grandmaster Lee Sedol of Google’s computing system at Go, a game which has bedevilled AI experts for decades; AB InBev’s first commercial delivery of beer in a self-driving truck in Colorado; or DoNotPay, the world’s first robot lawyer which allows anyone to appeal a parking ticket, to name just three examples.

But if there is a learning in all this, besides that AI Creative Directors are probably not the immediate future of the advertising industry, is that machine learning has started to trickle down and, driven by big data, popularity and affordability, is moving into the mainstream in the creative industries – examples mentioned at Most Contagious include IBM’s trailer for Morgan; or Scriptbook, which proved to be three times better at predicting the success of a movie than human experts, EyeEm’s AI-curated magazine in November or ING’s Next Rembrandt.

Machine learning is the opportunity of the moment and will still be so in the next couple of years. So this is the time for marketers to act – and act fast.

Choosing not to choose: the paradox of choice Type in ‘headset’ in Amazon.com search. You’ll get 840,184 results. New, used, with a closed-back, semi-open or open-back earcup style, wireless, noise-cancelling or with a microphone, red, black or green – you name it, they probably have it. There’s never been so much choice.

That’s great but not really – as choice, or too much of it, has a history of posing a threat to brands. Stanford’s jam study is one of the most famous experiments in consumer psychology. When researchers asked customers to taste and pick from 24 varieties of jam, only 3% bought a jar. But when they asked another group to pick from six varieties, 30% paid for one.

Research presented by alcoholic beverages company Molson Coors showed that shoppers don’t click past the first page when they do their shopping online even if they don’t see more than 10 products per page. Settling for the options that fit the minimum criteria is the norm in categories with great product parity like beer, jam or laundry detergent. So unless brands find a way to bypass product parity and cut out choice in saturated categories, they’ll probably end up being overlooked.

But how can you cleverly limit choice without annoying your consumers? Beer brand Carling created an instant buy button that customers can press to add a six-pack to their online shopping basket; Domino’s Zero Clicks app lets you order a pizza just by opening the app; and now you can order detergent or nappies with the Amazon Dash buttons that you can stick around your house.

Whether instant buttons or decision-aiding chatbots in conversational commerce – brands will have to find a way to navigate through the choice apocalypse if they want to remain relevant.

What does the voice of your brand sound like? 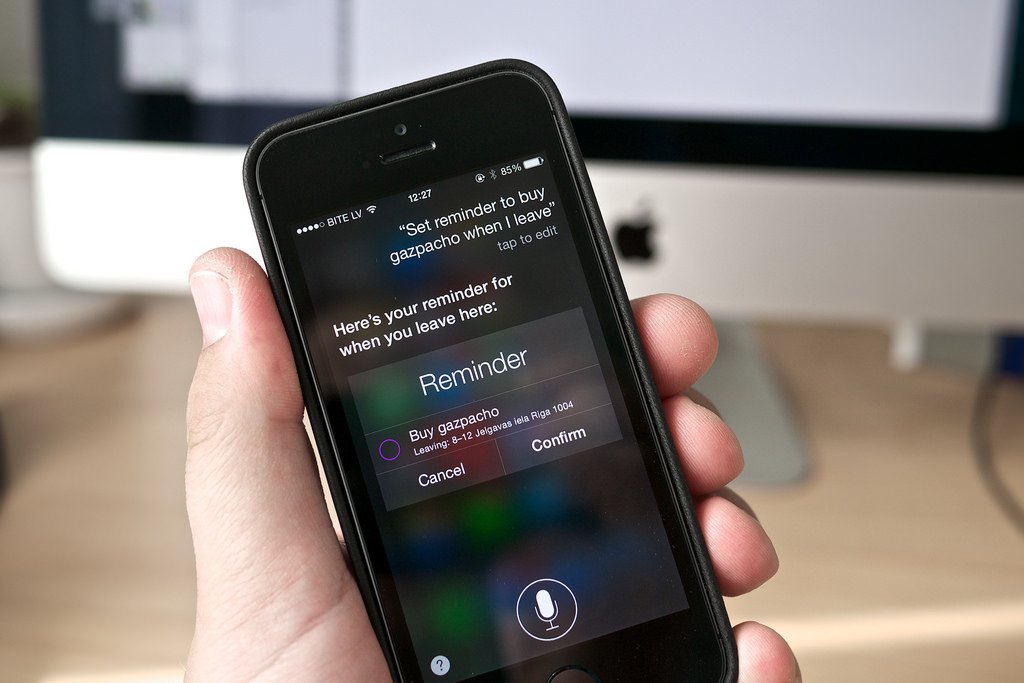 Ever watched Master Chef and wished to cook alongside a famous chef? Jamie Oliver Media Group integrated the chef’s recipes into Echo, Amazon’s smart speaker – you can ask for suggestions, discuss options and have the recipes emailed to you.

Voice-based services and voice-powered devices are becoming more common place, an effect of the fundamental shift in computing from the graphical to the conversational user interface. This has led to 20% of search on Android being currently voice, and the percentage is growing. While some are still reluctant when it comes to talking to Siri, Alexa or Cortana, the added convenience of setting your alarm without going through the 2- or 3-step process, or doing your shopping three times faster using a microphone than navigating menus in mobile apps is normalising the behaviour of talking to your phone, tablet or speaker.

As the conversational interface becomes increasingly important for the connected consumer, brands will want to have their own voice (literally) and the opportunity to be talked to.