The client-agency relationship is in dire need of a reset, says Guardian columnist and brand strategist, Arwa Mahdawi 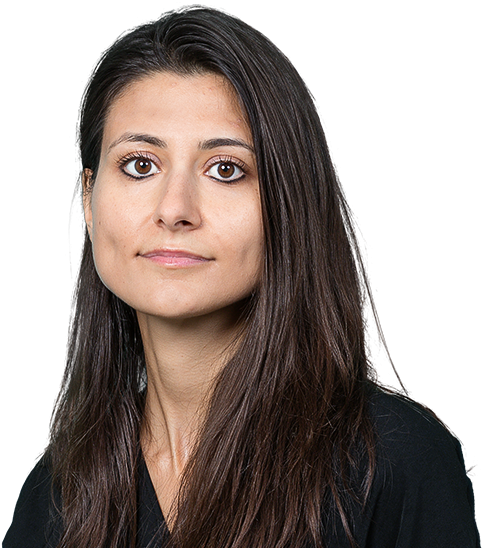 A really fun thing about working in marketing is that anyone who has ever seen an ad reckons they know how to do your job.

Exhibit A: Brian Armstrong, co-founder and CEO of Coinbase, the cryptocurrency company. Coinbase, as you probably know, invested a ton of (fiat) money into advertising during this year’s Super Bowl; they produced a 60-second spot which showed a QR code floating around the screen. Armstrong was chuffed with the result and wrote a 12-part thread on Twitter boasting about how amazing he was to greenlight the concept was and breezily proclaiming “no ad agency would have done this ad.”

That’s not all he said. I hope you’ve got a pen handy because Armstrong was positively bursting with career advice for everyone who actually does marketing for a living. “I guess if there is a lesson here it is that constraints breed creativity, and that as founders you can empower your team to break the rules on marketing because you're not trying to impress your peers at AdWeek or wherever,” Armstrong tweeted. He didn’t stop there. “I'm still new to marketing,” the CEO admitted. “[B]ut ‘Do things that you think are funny or awesome even if people tell you it won’t work’ seems like reasonable advice so far.”

Perhaps I could chime in with my own reasonable advice? Here we go: it’s never a good idea to be an arrogant twat on Twitter. But if you must mouth off, then ensure you’ve got your facts right first. Kristen Cavallo, CEO of The Martin Agency called Armstrong out in the thread, noting that her agency had showed Coinbase several “ad concepts for the Super Bowl floating QR codes on a blank screen." Armstrong, along with members of Coinbase’s executive team, swiftly backpedaled. That thing he said he about no ad agency being able to come up with their genius QR concept? Not exactly true. As Coinbase's chief marketing officer, Kate Rouch, admitted on Twitter: “Multiple agencies — including The Martin Agency — pitched [Coinbase] ideas that included QR codes for several different campaigns.” What’s more, she said, Coinbase had worked with an agency (Accenture Interactive) on the campaign but the process had been so seamless they had completely forgotten that they were an external agency.

I won’t go into all the ins and outs of the exchange because the saga has been extensively covered elsewhere: everyone from the New York Post to Axios has reported on it. There’s something about watching a cocky crypto king get well and truly owned that makes for very popular content apparently. The satisfaction of watching a Bitcoin bro having to publicly admit he was talking nonsense wasn’t the only reason the exchange ended up going viral though. Cavallo’s original tweet to Armstrong got 12,000 likes and a follow-up LinkedIn post about the exchange has had almost 13,000 likes: her comments clearly struck a chord with ad people frustrated with an increasingly toxic client-agency relationship.

Cavallo’s comments certainly struck a chord with me. I remember working nights and weekends on big pitches, including a Superbowl pitch, during my agency days. You’d pour your heart and soul into the work, you’d travel for hours to pitch, and then the client would very frequently act as if they were doing you a massive favour even entertaining your ideas. They’d act like you should feel honoured to have put in some much uncompensated time and work thinking about their brand. Sometimes you’d jump through hoop after hoop in a pitch only to realize that the CMO running the show already knew exactly who they were going with and the whole process was just for show. And sometimes, to add insult to injury, you’d see the client who told you your ideas weren’t quite right magically come out with the exact same idea sometime later. Like a lot of people in the industry the broken business model took a toll on me and I eventually burned out.

There are, of course, some amazing brand-agency relationships. But there does also seem to be a depressingly widespread disdain for advertising agencies in the brand world. There are a lot of Armstrongs out there: a lot of clients who don’t believe that ad agencies can add real value. A lot of clients who casually devalue their agency partners.

To be fair, the advertising industry is hardly blameless here. As Cavallo noted in her LinkedIn post, you need to respect the discipline of advertising to create effective ads: that “requires clients who value [agency] work as an economic multiplier, and it requires an industry that knows it’s worth.” Rather than knowing its worth a lot of the advertising industry seems to have decided ‘advertising’ is a dirty word. In recent years a lot of agencies seem desperate to tell you that they don’t actually make ads—no, no, no they create content or curate experiences. They’re interactive data-driven storytellers. They’re digital-first, disruption agents. They’re anything except advertising agencies. Is it really any wonder that Armstrong spoke so dismissively about ad agencies? I mean half the industry can’t bear to admit that they actually make ads.

“Perhaps this is an opportunity to create positive change for the industry,” Cavallo wrote in her LinkedIn post. I really hope so because the client-agency relationship is in dire need of a reset. Great work often requires great partnerships. And great partnerships require respect.

Arwa Mahdawi is a Guardian columnist, brand strategist, and the author of Strong Female Lead. Follow her on Twitter @ArwaM