Creative effectiveness is not about taking risks

Creative effectiveness is not about taking risks

Having spent more than 10 years reporting on what works in marketing communications, the key to the effectiveness of creativity is down to more fundamental matters, says Marketing Week Editor-in-Chief, Russell Parsons 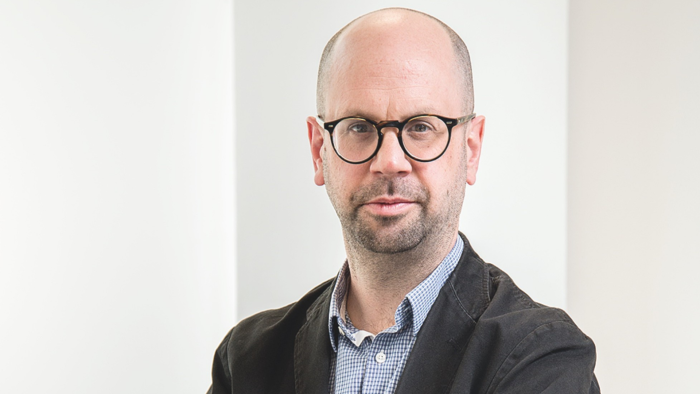 The words “bravery” and “boldness” are used a lot in marketing.  On conference stages worldwide, senior marketers have declared the need for the industry to be more courageous. Brave in decision-making, boldness in innovation, and boundary pushing in creative work.

Decoding the declarations, those that espouse the need to act without fear, mean stepping away from the tried and possibly tired and taking a risk or two, especially in marketing communications. The concern among many is the lack of ambitious, wide angle advertising is diminishing impact. Creative excellence is not what it used to be, it is said, with the consequence being effectiveness.

The claims are not entirely without merit. A 2019 report from UK agency standards body the IPA found “creatively awarded” campaigns analysed for the period 2016-18 to be the least effective in the 24 years it had been analysing impact data.

Despite this bleak picture, all is not lost. As Jellyfish’s Tom Roach wrote recently in Marketing Week, advertising is far from dead. Different but not in the terminal state those front and centre in the halcyon days often declare.

I have overseen enough judging panels in my ten years plus at Marketing Week and read enough excellent case studies of advertising propelled transformation to be optimistic creative effectiveness can rebound. Attention is required, however. It’s not about being brave, it’s about being smart.

When it comes to digital, the medium is not always the message

Digital media has sent marcomms down a data-driven creative cul-de-sac, critics bemoan. Their claims are not entirely without merit. Any visit to any site on any platform and you could be forgiven for thinking of some of ads that no human was responsible for their creation. It sometimes looks like ads were created by the same ad tech company responsible for squeezing it somewhere it doesn’t belong.

Despite being the cause of many of the ills, digital media is not the enemy. It’s often the way it is used. Too many marketers become giddy about the platform before they work out how it serves the objective. Therefore, you get perfectly adequate test runs of what Tiktok, say, is capable of, rather than impactful creative that makes the best use of the means of delivery. Digital doesn’t just have to be about clicks, impressions, and views, it can be about storytelling. Ikea is known for creative excellence in traditional media but is also quietly becoming highly effective in using digital channels to drive improvement in measures at the top of the funnel. A 2019 campaign, “Lagom”, set out to increase long term customer value by helping Ikea customers past and present make more sustainable choices about their previous Ikea purchases. Customers were targeted based on their known interest in sustainability, and served with relevant content via social media, email and other digital channels. It was hugely successful and shows this – a strong story, executed well in a digital environment can be effective and efficient. You don’t have to make a choice.

The success of media has been become the barometer for effectiveness. We can measure more than ever before, mine more data, add more columns and rows to the spreadsheet to demonstrate the effectiveness of media, sometimes to the expense of measures to determine the success of the creative. Partly because we can, and partly because it’s easier. The value of creativity is a much harder conversation to have with whoever signs off the budget. There are still plenty of brands that are looking to make the less tangible more so. British frozen food brand Bird’s Eye might not be considered a trailblazer for creativity, but, after overhauling its approach to marcomms in 2018, introduced a host of new neuroscientific measures to determine cut-through as well as ringfencing 20% of budget for “moon shots” - innovation, essentially. The changes helped drive a 24% uplift in average ROI. It’s a longer game, it requires an appetite for test and learn, but creative success can be better measured, explained, and improved – to the benefit of all.

In the main, advertising isn’t art.  From Budweiser’s “Whassup” to Hoffmeister’s “Follow the Bear” and Tango’s “You’ve Been…”, the ads that have really worked, that became part of pop culture, did so by being funny, quirky and quotable. There can be a veneer of pomposity, often seen at industry gatherings such as Cannes Lions, that positions advertising as just shy of short-film making, rather than what it is – a vehicle to build mental availability by leaving a positive impression. The public’s experience of an ad is crucial to its effectiveness. Marketing Week recently partnered with the UK’s Advertising Association and insight firm Kantar to celebrate ads that land with the public and demonstrate why that makes them more effective. Each month we compare ads that ran primarily in one media channel to determine the one the public found most arresting. It’s almost always the ones with the memorable brand characters, or the one that taps into a triviality, or offers a fresh take on a common buying situation that hit home. It’s rarely one you would imagine winning big in Cannes.

Ads are the tip of the iceberg

Resurrecting a character from a gangster movie that was responsible for cleaning up the consequences of an accidental shooting was not the obvious choice for an ad for insurance brand Direct Line but it was a decision that helped drive significant uplift in market share. The insurance brand’s decision to recruit Harvey Keitel and reprise the Winston Woolfe character from Pulp Fiction for its “The Fixer” campaign sounds, on the face of it, like the kind of creative bravery some bemoan is now missing. It did require a leap of faith, but the decision was made a lot easier because of extensive research into what it is Direct Line can offer in a commoditised market that people want and is underserved. Conclusion? Actual humans dedicated to fixing problems. As much as the ad was a triumph of creative execution, it was effective because there had been some strategic rigour applied around positioning and differentiation.

You got to have faith

I spoke at the launch event of British broadcaster Sky’s Marketing Excellence initiative last month. It’s an extensive programme that includes training and development but also comes with a north star objective – improving its creative effectiveness. Despite being one of the UK’s biggest spenders on media, it has been slow in understanding the role creativity can play in business success. Elsewhere, Diageo introduced “Creative Sparks” in 2019, which sits alongside its data analytics tool, Catalyst, to fuse “creative magic and rigorous marketing effectiveness”. Through workshops and continuous training, it covers innovation and creative collaboration.

Not everyone shares Sky and Diageo’s belief in creative effectiveness, it seems. According to a 2020 study by Kantar, marketers ranked media and getting the brand/performance balance right significantly higher than creative excellence when asked to identity their biggest competitive drivers, this despite a 2014 analysis of brand success by Kantar that found the quality of creative to be second only to brand size as profit driver.

All these factors, and many more, combine to make marketing communications work. Creativity isn’t the silver bullet to success but it is a big factor. And there are enough examples of best practice to deploy it more effectively, not for its own sake but to serve your brand better by engaging the only constituents that matter, your prospective and existing customers.

More rigour, better application and a dollop of faith are required.  Bravery doesn’t come into it.